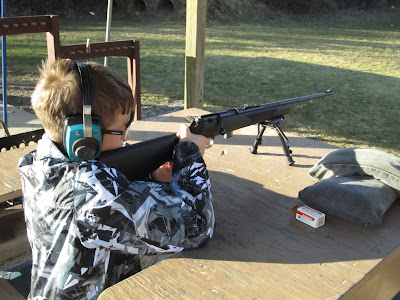 My Dad taught me to shoot with a .22 Ruger pistol. I make sure to show my son the fun that can had with firearms in a safe environment.  Today it was warm enough to be outside without gloves so we headed out to the sportsman's club for some target practice.  Wyatt is not new to shooting he's a regular dead-eye but today he is sighting in a new .22 Marlin bolt action for the first time. 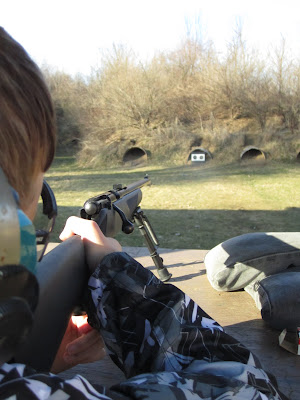 After a verification of the iron sights Wyatt is going to mount his own bases and fixed 4X  scope.  Following are two photographs of Wyatt's targets documenting the "out of the box accuracy" of the American made Model 925R Marlin.  Remember the rifleman is 10 years old. 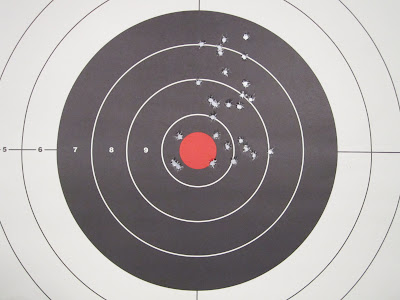 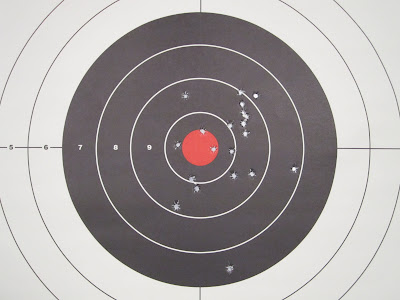 The other day along with some old papers I found a paper target.  23 years ago I fired the M-16 rifle for the first time.  In the Air Force we worry about the aircraft not playing Army so we only had an afternoon to qualify and earn our marksmanship ribbon.  After a hundred rounds or so to familiarize ourselves with the weapon and with help from the range official sighting in if required we were given enough ammo for two 20 round magazines to qualify for marksman. 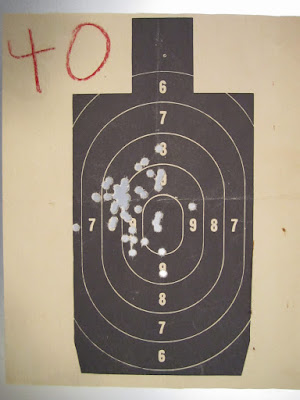 We didn't touch the sights on that well worn black rifle and shooting left handed I believe accounts for the left side grouping.   If you noticed in the picture of Wyatt sighting downrange there is two targets side by side. Yes I did some shooting today too but I was a bit closer to the paper and using a 3-1/2 inch barrel. 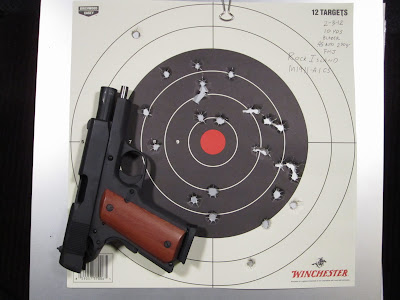