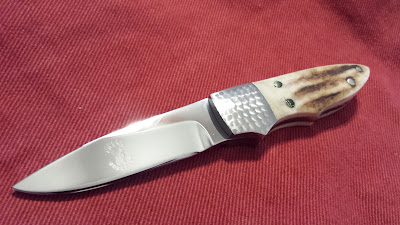 My Inlaws Butch and Missy who are some of the nicest folks you could meet gifted me this Frank Roberson knife for Christmas this year. The blade is a small custom made full tang sheath knife that right away I knew would be a perfect addition to my flint lock kit.

Frank Roberson is a knife maker from Irving Texas who has been crafting blades since 1991. He used ATS-34 steel and favored sheephorn, ivory and other natural materials for handle scales.  The knife is not new but came from the collection of Missy's stepfather Hollis "Howdy" Howes who was a collector of knives and Native American artifacts who lived in Mineral Wells, Texas. 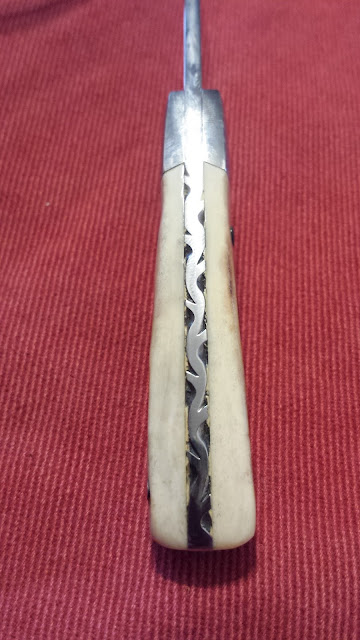 The tang of the knife has carving of a vine motif on the top and bottom. This embellishment I really like. 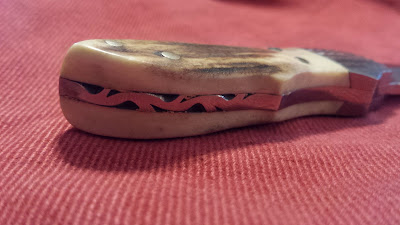 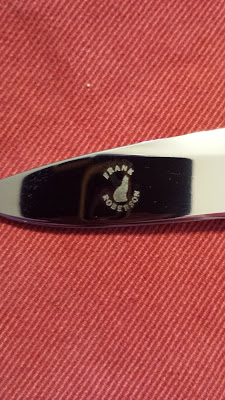 Here's the knife secure in it's new home: 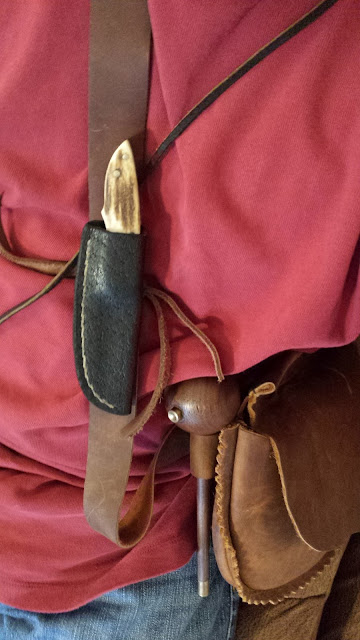 Colonial riflemen often carried a small "patch" knife on a thong around their neck that was used to trim patch material from around the ball as they loaded their muzzle loading rifles.  A good patch knife has been missing from my rig and I am pleased to finally fill in the missing puzzle piece with this fine steel.  I lashed the sheath to the strap of my shooting bag with a couple leather laces to keep the knife handy and at the ready.

Wow! time sure is a relentless rider.  My son is in the tenth grade now. Seems like just yesterday he was rocking the the twenty inch BMX.  He's become a fine young man and still rides his bike to school although now he rolls on 700c wheels.

Wyatt takes after his old man in that he's not of fan of ball sports but he does care deeply about his physical fitness.  When he noticed me messing about with my bicycle the other day he suggested that a nice long bike ride would be a great way to add some endurance training to his regular exercise routine.  He had my attention at "long bike ride"!  I said if your up to it let's ride the B&O. 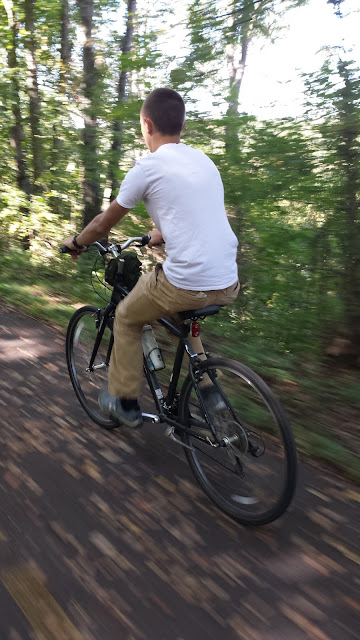 So we loaded up on a late Sunday morning and headed over to the trail.  Now I wouldn't think of riding a regular bike for 2+ hours without a pair of padded shorts and a jersey but Wyatt does not concern himself with the fredly trappings of a cyclist's kit.  His standard uniform of khaki pants and white tee shirt suited him fine.

He did make a great comment later after our ride: "Usually when we ride the rail trail we get passed by these groups of guys that look like you do with your serious bikes and a nod inferring to my stretchy clothes. But not this ride."

I just let him set the pace for most of the ride and I think he was pretty pleased with himself that in 36 miles he was the one doing all the passing.  He's also learned how to meter out his power slowly and not burn up too soon.

I felt pretty good also considering this was only my second time out.  The fact thatWyatt has become a good rider and can keep up a steady speed really helped to keep me spinning and lessening the pressure on the road bike saddle.

Posted by recumbent conspiracy theorist at 10:26 AM 4 comments:

Back in the Saddle Again 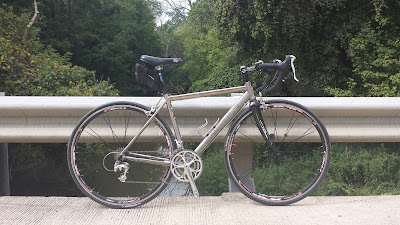 Yes I realize it's a little late in the season to be reporting my first ride but better late than never.  I do have a good excuse for my hiatus from the road though. Earlier this year The RoadQueen and I got hitched and bought a farm.  Needless to say whipping up a long neglected farm back into operational status; cleaning out the old house and holding down the old 9 to 5 has kept me pretty busy this summer.

Finally I had some time this morning to dust off the titanium Motobecane and don my stretchy clothes for a little shakedown ride.  After a summer of farm work; everything from chucking hay bales, fixing fences to demolishing a couple old buildings I've managed to stay in great shape and even lost 10 pounds. But I was curious to see what shape the old legs were in.

The property we bought lies a few miles west of town smack dab in the middle of bucolic North central Ohio I have photographed so many times during my rides around this area.  No more stop lights and traffic getting into and returning from my rides.  Right from my driveway is nothing but long stretches of lonely rural roads. A biker's paradise for sure.

The Motobecane and its twelve year old componentry performed reliable just as it had during our last outing.  It felt wonderful to back out spinning away and didn't feel as if I'd missed a beat.  My wireless computer's batteries had long since gone dead but my trusty smart phone kept track of the data which I didn't worry about until I'd finished the ride.

I was pleased with the data. My average was right up where it has been during past seasons on the road bike. Not bad for nearly a year off the bike.  Best of all the farm sits not far from one of my favorite routes: Parcher Road Loop. I shortened up the ride a bit since I forgot my water bottle and found it makes for a nice hour long jaunt.

Posted by recumbent conspiracy theorist at 10:53 AM 4 comments: