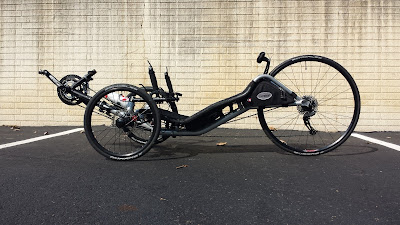 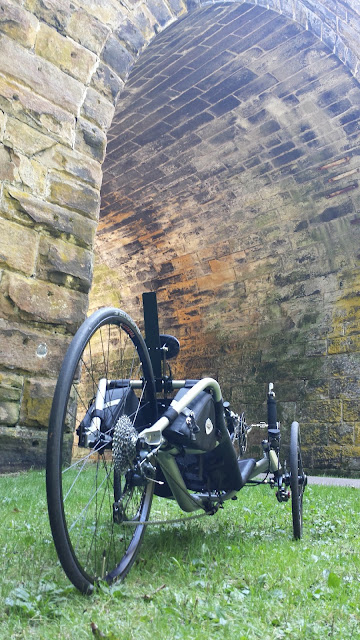 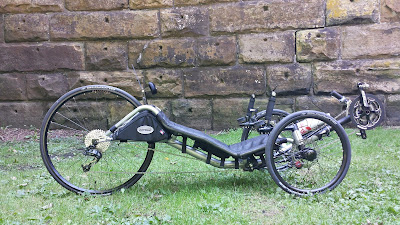 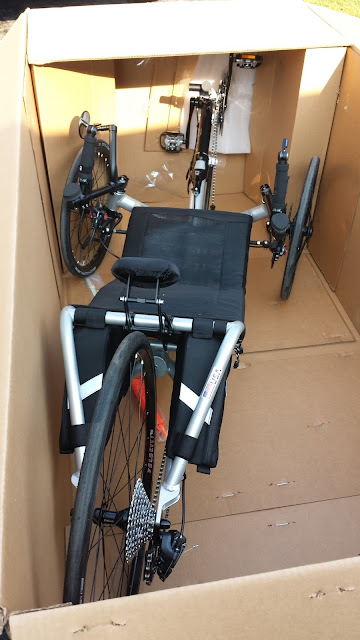 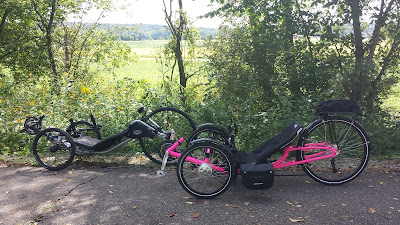 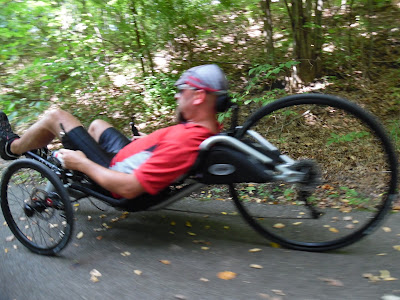 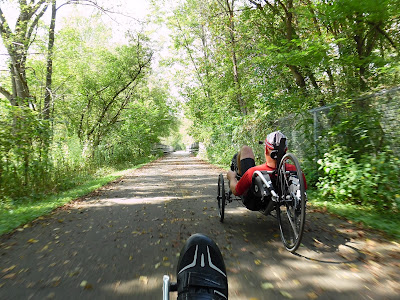 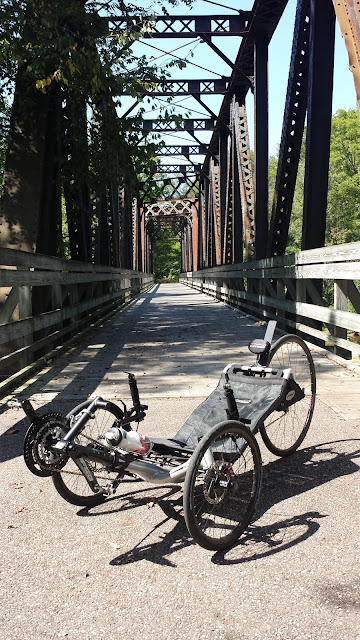 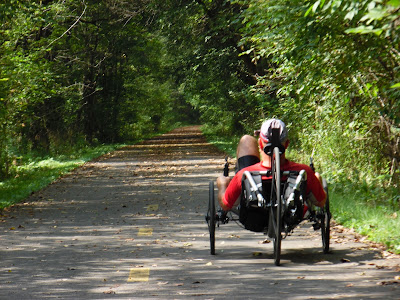 Posted by recumbent conspiracy theorist at 10:41 PM No comments:

A New Recumbent Rider Is Born 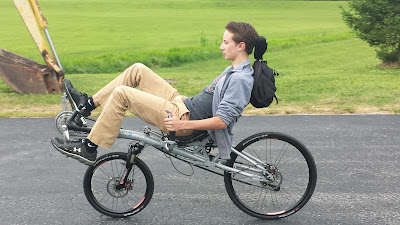 Here are some shots of my son on his first recumbent ride aboard my HP Velotechnik Street Machine.  One day I asked him if he had any interest in learning how to ride the bike and he was so we headed over to the school grounds where traffic wouldn't be a problem. 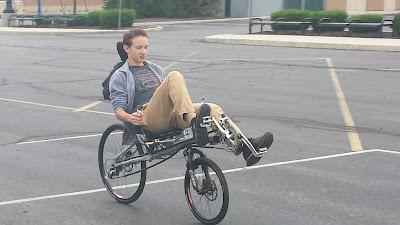 On his first attempt to get moving he faltered a bit but stayed upright and was off and flying on his second try.  Since I've taken these photos we've been out to the local rail trail and he did great on the bent for a 23 mile ride.  He described that riding the recumbent gave him a feeling like flying.  I agree and noticed that sensation right away too when I first started.  I think that comes from having your feet up higher. 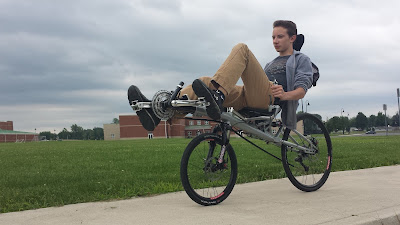 Currently Wyatt rides a hybrid style bike with 700c wheels for transportation and fun.  He's grown a little since his first appearance on this blog.