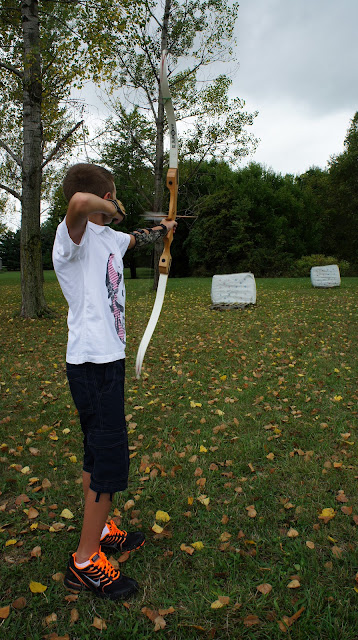 Wyatt will drop whatever it was he was doing if I mention going to the archery range.
LeeAnn came along to do the picture taking.  She did a great job! In the opening shot she released the shutter less than a second after Wyatt released the shot. 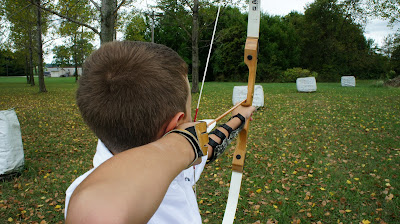 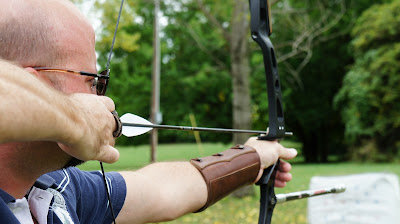 I'm testing out some new archery tackle. A Hoyt Excel 23" riser and ZR330 30# limbs.  My arrows are 285 grain Easton A/C/C with 80 grain points.  Because the bowstring is new I'm just shooting bare bow off the shelf while the bowstring fibers stretch. It shoots like a dream! Once the brace height settles in I'll worry about an arrow rest and a permanent sight. 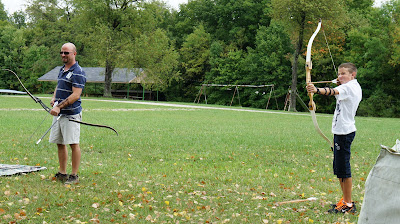 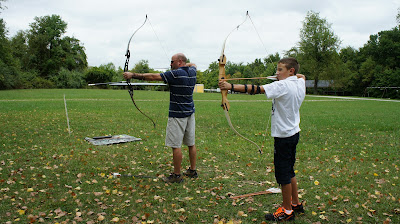