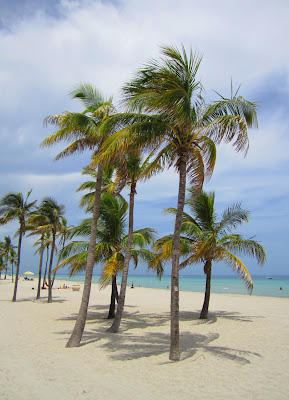 With today being the last official day of summer I thought I better get busy and post up some pictures from our family vacation we took during the third week of August.  Once a year the three of us like to take a trip away from home and see something new.  Last year we went camping in Southern Ohio and this year we chose something a little different.  We booked a room at a Westin resort in Hollywood Beach between Miami and Ft. Lauderdale, Florida. 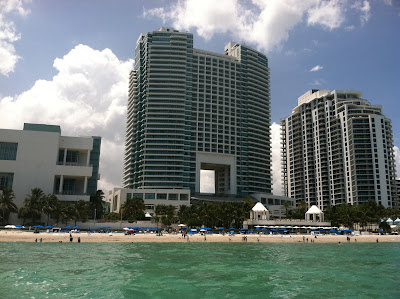 We like Westins and have stayed at a few over the years. This one was extra swanky with a piano man who tickled the ivories on this baby grand in the lobby each evening as the sun went down. 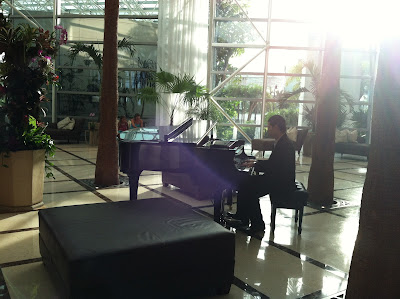 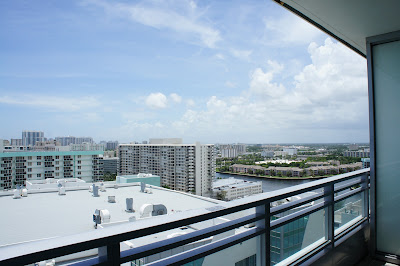 When we were checking in the gentleman behind the desk to our surprise offered to upgrade our room to one with a view of the ocean for no extra charge. Sure! and thank you we said.  I don't know where they were going to put us but this room met my approval even if I did have to turn my head slightly to the left to see the deep blue.
﻿ 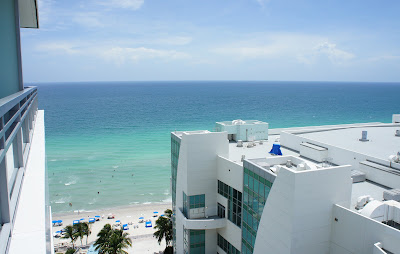 In South Eastern Florida in August in can get a bit warm during the day so of course we spent a good amount of time in the Atlantic.
﻿ 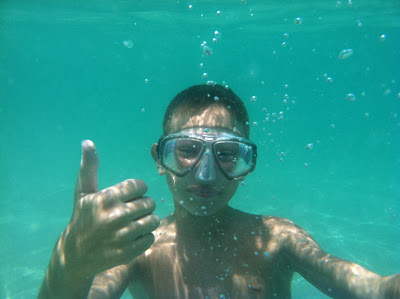 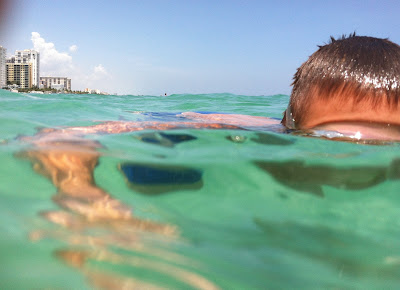 Wyatt and I discovered a band of seashells and coral reef debris laying about 30 yards off the shoreline under three or four feet of water.  We had a blast skin diving and hunting the pretty ones.
﻿ 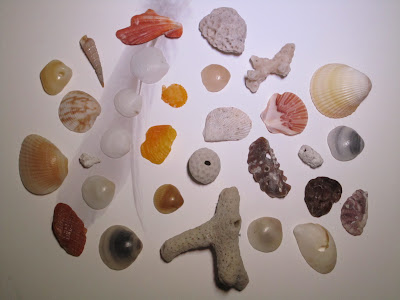 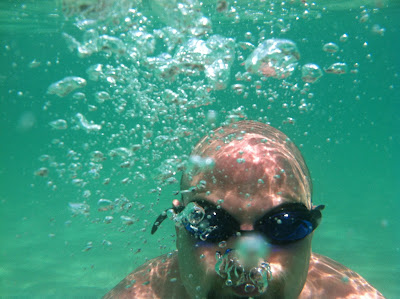 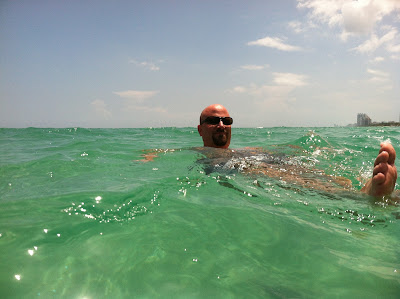 Coincidentally we were in Florida during shark week so when we were in the room we just left the tv play on Discovery Channel. Fortunately we didn't see any of those big mouthed hunters of the sea in real life.  Personally I don't believe the marine biologists who say that sharks don't mean to bite people on purpose.  I'm sure to a shark we humans are a tasty snack no different than a seal.  I've seen the aerial video footage of sharks cruising the beaches just yards from oblivious swimmers frolicking in the surf.  There's a reason they've been around for millions of years. Evolution has taught them how to hunt and go where the food is.  It's just a hunch on my part but I think we will see an increase in shark attacks as time goes on.
We did much more than just hang out at the beach on this trip and in following posts I will document some of the other interesting activities that the family and I enjoyed during our stay.
﻿
Posted by recumbent conspiracy theorist at 1:40 PM