Mangrove Swamps via the Hollywood Trolley

We flew down to Florida so for the sake of convenience we grabbed a cab to take us to our hotel once we arrived in the sunshine state. Once we got settled in we found much better and cheaper ways to get around the area.

The Hollywood Trolley isn't really a trolley but a little bus disguised as one. The inside is decorated with old-time wooden benches, wood paneling and air conditioning so it makes for a pleasant ride.  The system operates Wednesday through Sundays and originates from a central hub with legs running South and North along the beach and a third running into downtown Ft. Lauderdale.  The wait between pickups was never more than 30 minutes. The best part was the fare which was one dollar. 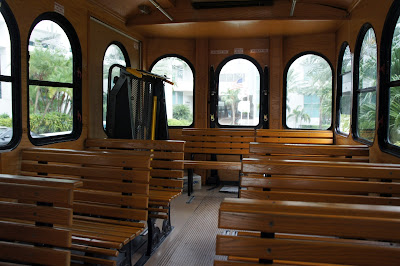 One thing I like about traveling to different regions of North America is the chance to observe the various flora and fauna found in the natural places away from the tourist strip.  During the research phase of our trip planning LeeAnn discovered a city park called West Lake Park.  The park lies at the top of the Hollywood Trolley's North route and because the trolley stopped at the front of our hotel we made sure we got out to catch the first one and start our days adventure.
﻿ 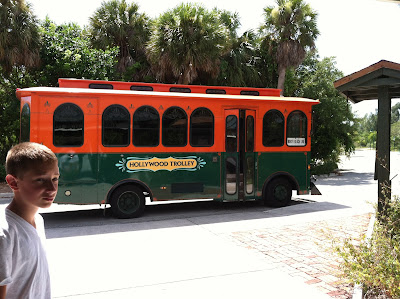 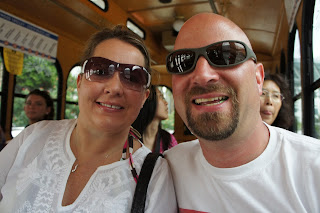 West Lake Park is a 1500-acre restored mangrove preserve.  This coastal wetland area has a network of canoe and kayak trails, a gravel bike path and elevated walking paths which makes it very easy to get up close to nature without disturbing it.  The following picture I took from a five story observation tower at the Anne Kolb Nature Center.
Anne Kolb was the first woman elected to the Broward County Commission in 1974.  Throughout the rest of the 70's she became an activist and lead many campaigns to preserve tracts of land in a natural state for future generations to enjoy and explore.  Even back then development along the coast was exploding at a tremendous rate and thanks to her efforts a little bit of land remains untouched.  I read in the center that Anne Kolb said that she didn't want students to have to learn about nature by watching it on a screen but be able to experience it in real life.
﻿ 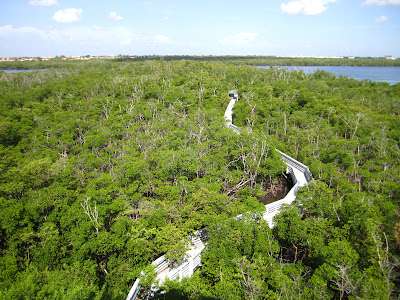 In the United States there are three different species of mangroves that grow in the brackish to saline backwaters and on the tidal mud flats.  The species are differentiated by the height they live above the high water mark.  Of course it looks like an impenetrable nasty thicket to us but the mangrove swamps are home to all kinds of animal life.
﻿ 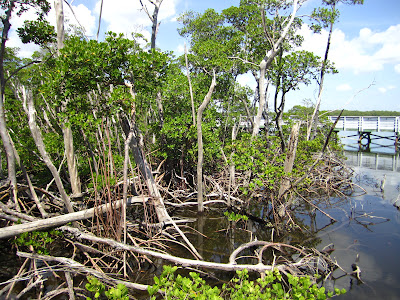 Coastal mangroves play an important role in protecting the land from the relentless power of the ocean by preventing storm damage and long term erosion.  Mangroves grow in a band around the globe roughly following the Tropic of Cancer. Curiously they are one of the few trees that can exist in salt and brackish water.
﻿ 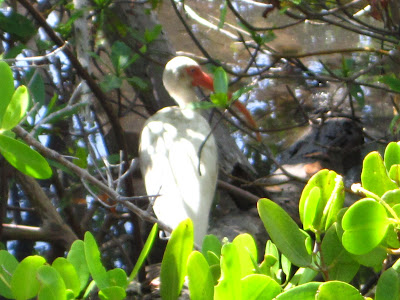 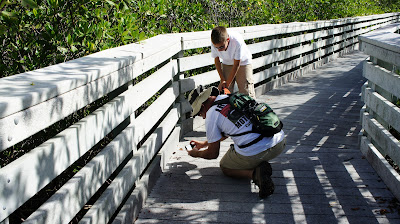 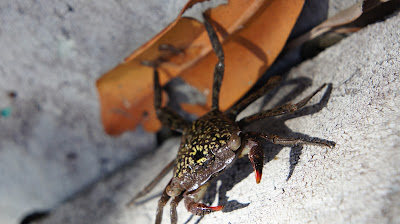 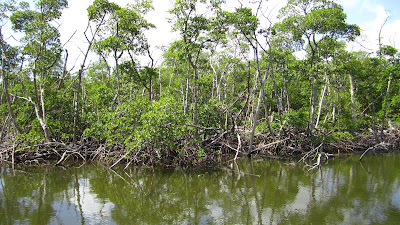