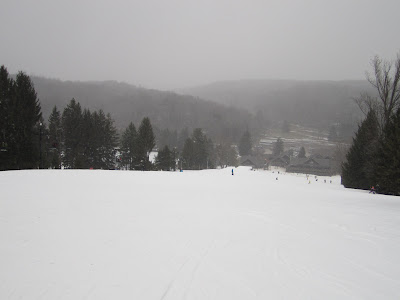 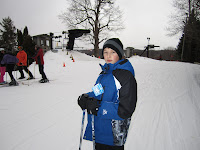 We had about five inches of fresh snow on the ground a week ago but it all melted away in the last few days.  Everyone I talk to says this is the mildest winter they can remember.  I've been around 41 years and this is the highest average temperatures I've seen in winter in Ohio.  Saturday was crisp and clear but very windy so we decided to stay close to home and go for a winter hike and save the skiing for Sunday.  Skies were clear and sunny again on our way to the ski area and while we were on the hill we watched a snow squall move in from the West. 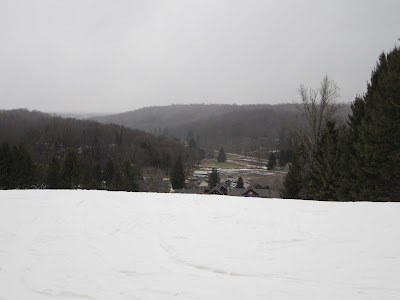 Down in the valley you can see grass.  Not the typical January in North Central Ohio. 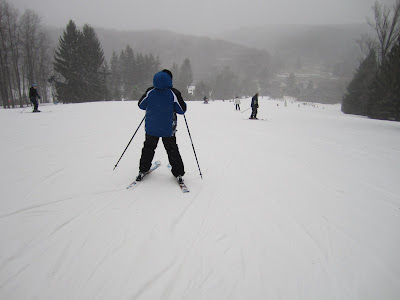 Today was Wyatt's third time out and I am very proud of him.  He rode the highest lift in the ski area and skied down the main run "Mt Mansfield" named after the nearby town.  Sharing this time with my son and watching him learn a new skill has been awesome and something I won't soon forget.
We have a family trip planned in a few weeks to Pennsylvania to ski on a bigger hill yet so after today I think Wyatt is right on track to take it to the next level.
Posted by recumbent conspiracy theorist at 2:09 PM