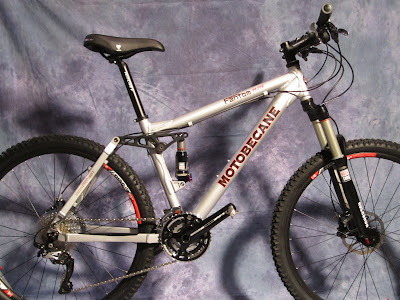 Today just as I got home from work I met the big brown truck and received a large box.  This fall I have been doing some mountain bike riding and have gotten bit by the bug and rekindled my love of the fat tire.  My Yeti hardtail single speed has served me well over the past fifteen years but its purpose built for speed and that's about it.  Now that I'm a little older the speed aspect is not as important to me as all day comfort out on the trails.
I started my love affair with fat tire bikes back in 1986 when I first took a Schwinn Mirada with a triple crank and cantilever brakes off road on four wheeler ATV paths near my rural home as a teenager.  In the Air Force I bought my first real mountain bike a 1991 Diamond Back Apex equipped with a complete Shimano Deore DX component group.  The Apex, a solid chromoly steel hardtail I used to cut my mtb teeth on trails out west in the states of Washington, Idaho, Montana and up in BC and Alberta, Canada.  I still have the old Diamond Back and will have to get some pictures of it up on the blog. 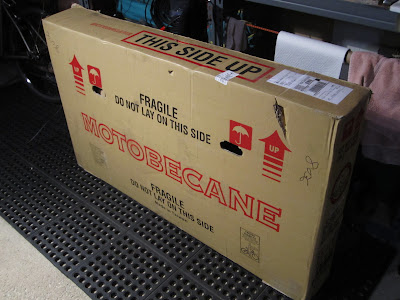 I rode rigid hartail for years before finally joining the crowd and installing a suspension fork on the front of the Diamond Back.  I watched with interest as the dual suspension bikes hit the scene and although I have always loved checking out the various designs and even test ridden a few owning a dualie is a step I never took until now.
Last year when I got the Motobecane titanium road frame I instantly became a fan of the brand.  The quality and craftsmanship of that frame made it an easy sell once I took a look at the market and saw what a value I could get parts wise by buying a complete Moto set up for trail riding. 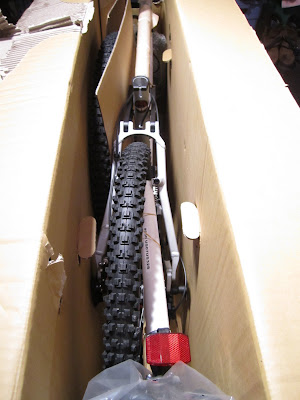 Opening the box I found my new ride nearly assembled and well packaged for transit. 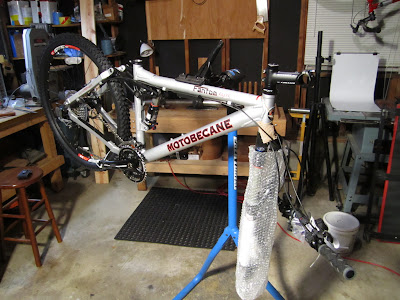 Once out of the box and stuck in the work stand the only things I had to do was attach the handlebar and seat, install the front brake rotor, torque the screws and attach the caliper to the front fork. 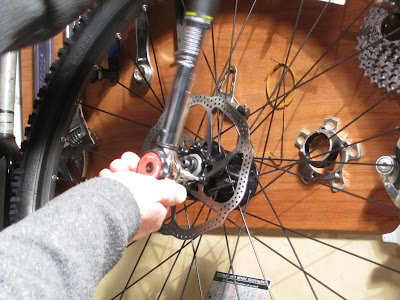 I've got a set of Avid BB7 mechanical disc brakes on the recumbent and they work well but I have to say the Avid Elixir hydraulic stoppers on this bike are very nice.  The brakes system came already bled and all I had to do was seat the calipers to the rotors.
From the manual:
Tri-Align (TM) Caliper Positioning System -Avid disc brakes use a unique alignment system called CPS.  These stacks of concave and convex washers allow the caliper to be perfectly aligned with the rotor, regardless of imperfections in the mounting tabs on the fork or frame, giving you full, square pad contact. 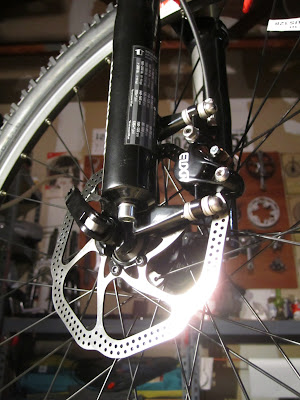 As advertised I rubber banded the brake levers shut and tightened down the mounting bolts on the calipers.  When I released the levers the rotor was perfectly centered between the pads and the wheels spun with absolutely no drag.
I checked the air pressure in the Rockshox Recon fork and the Monarch RT3 which provides the boing for the four bar linkage in the back. 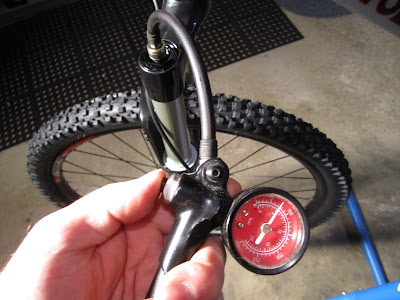 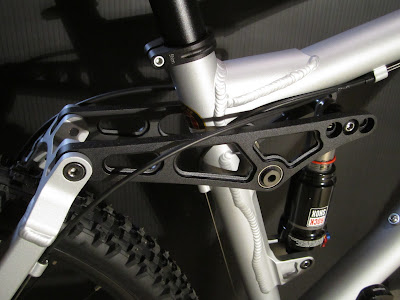 While not a true "Horst Link" suspension, a patented design owned by Specialized the moto version is according to my buddy Steve almost as good.  The main difference is the placement of the rear pivot which on my bike is placed on the seatstays above the axle instead of on the chainstay in front and below the axle as on a true Horst Link layout.
No big deal to me as it will surely be more plush than the rigid rear triangle of my old hardtail. 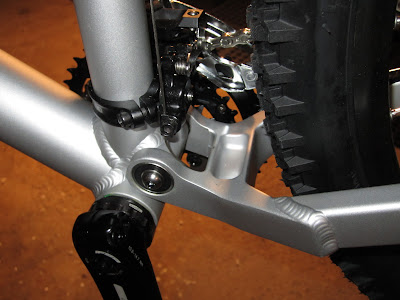 Gear shifting is accomplished with a mix of XTR and XT components.  The crankset is an alloy FSA V Drive with 42-32-22 rings.  Seatpost, headset, stem and bars are all Ritchey products, a familiar name I use on several of my other bikes.  WTB wheels and seat round out the specs so really all these parts are just what I would have picked out myself had I been building up the bike from the frame alone. 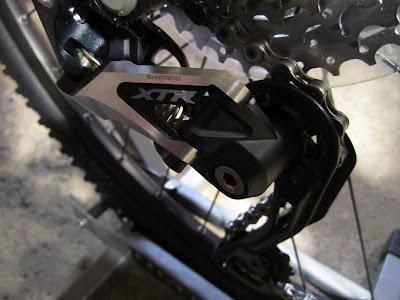 By nature I'm pretty retro-grouchy but I am excited to try out this 11-36 tooth 10-speed cassette. After running the single speed setup for the past 8 years first with 32-19 then later 32-20 having a 36 tooth cog to bail out with on the climbs is going to make the uphill almost relaxing. 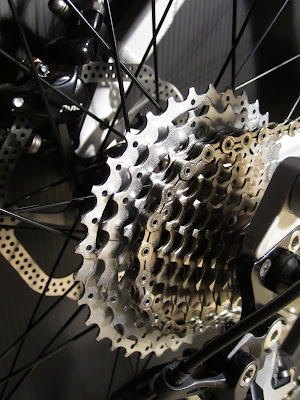 Thinking ahead I scheduled myself a day of vacation for tomorrow so I'll be heading out first thing to Mohican State Park to get her dirty!
﻿
Posted by recumbent conspiracy theorist at 8:40 PM