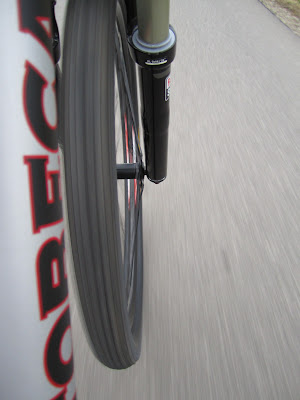 Shortly after I enjoyed the first ride on my new mountain bike it started raining and rained on and off for days until the ground was completely saturated.  On Sunday the skies were cloudy and appeared to threaten rain at any time but it was warm enough to ride in shorts and a long sleeve shirt.

I really wanted to ride my new bike but a road ride is what it would have to be so I pumped up the knobby tires to 60 psi. I brought along my multi-tool and used the opportunity to make various fine tunings to the angle of my brake levers and shifterpods.  On the first ride I dialed in the seat position up, down, fore and aft and I am now satisfied with the bike's setup for the most part.  The only part I'm not crazy about are the handle grips.  The standard grips are the same diameter all the way to the ends and have no flare on the outside.  I think I will change them out with a spare pair of lock-ons I have in my spare parts.  The ODI lock-ons have flared end caps and I like the way they center my hands on the grips.

Because the Motobecane has no computer on it I felt no compulsion to ride for time so I was just out for a fun ride.  This type of riding allows me to do one of my favorite things and that is to stop and check out different places and things I see along the route.

Many times I have passed a small cemetery that lies a stones throw off the road nestled between a brushy creek bottom and a farmer's pasture.  With nothing better to do I rode up to the gate and parked my bike.  From the road I could see that some of the monuments were weathered marble that was used in the old days but I had never took the time to visit for a closer look.  Most of the two dozen or so markers in the graveyard belonged to members of a large and familiar family of my hometown.  Most of these folks were laid to rest in the mid to late 1900's.
﻿ 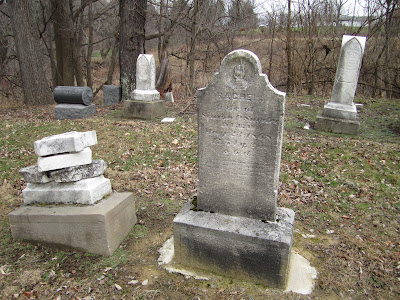 In the back were some much older tombstones.  In the background of the picture above are two four-sided marble monuments.  These belong to a family named the Shumakers who lived in the 1800's and were early settlers in the part of Ohio I call home.  I find it incredibly fascinating to read these names and dates and wonder what life must have been like for these early Americans.
﻿ 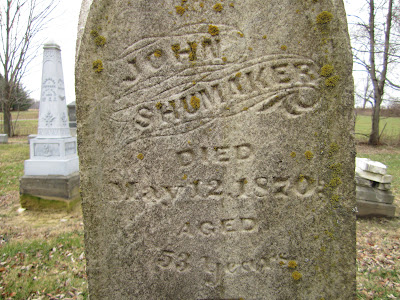 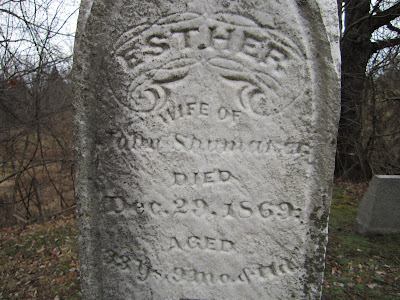 Much more poignant was the smaller stone to the left that is engraved "Children of John Shumaker"  The Shumaker's had two daughters and while the script is weather worn on the two side the names and ages are still readable.
﻿ 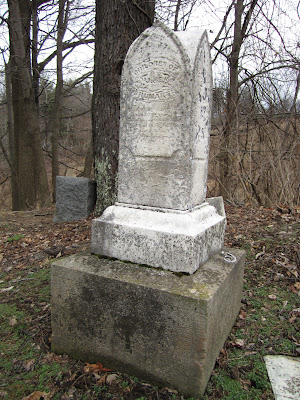 I have no idea what happened but it appears the family all passed away within a couple years of one another. Sad. Especially the children.
﻿ 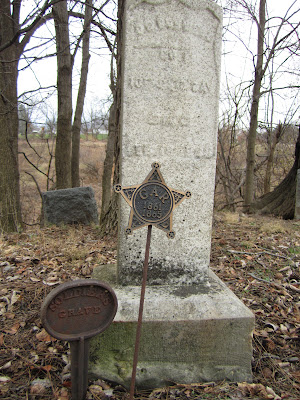 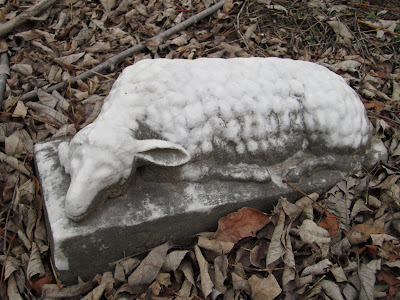 What a peaceful image this one is.
﻿
Posted by recumbent conspiracy theorist at 8:27 AM