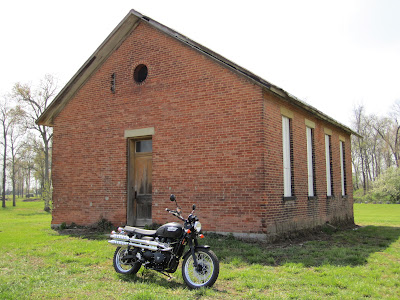 After my visit to the Harding Memorial a few weeks ago I was heading south on a rural two lane in Marion County.  Cruising along at 60 mph I shot right past this old schoolhouse.  Quickly I found a safe place to turn around and backtracked to take some photos. 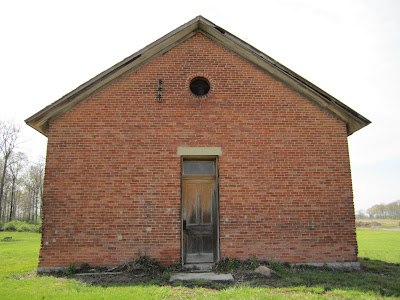 Another nice one-room schoolhouse for my collection.  This one has been well preserved with a standing seam metal roof and solid coverings on the windows.  I'm confident it will be around for many more years. 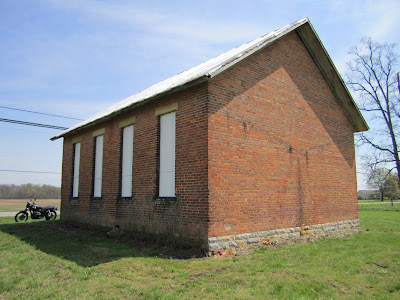 As I was doing my customary walk around I noticed lots of debris and broken glass in the strip of bare dirt along the base of the foundation at the rear of the building.  Half buried in the dirt I found a chunky little vessel of clear glass.  A foot or two away lay another shot glass and then a third however the third one had broken so I left it be.

After I cleaned off the dirt I found the shot glasses to be in surprisingly good condition. Just some minor hazing from being buried for many years.  On the bottom of the glasses a faint embossed logo is visible.  The logo is a large "H" with a smaller "A" between the legs of the H.  At first I thought the maker of the glasses was the Anchor Hocking Company.  This is a common mistake made by people who stumble upon older glasswares but are not experienced collectors. 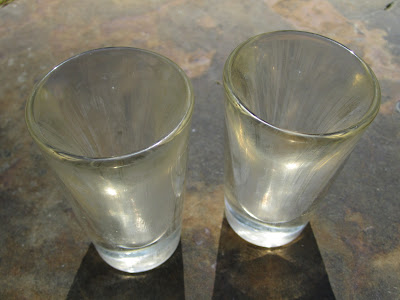 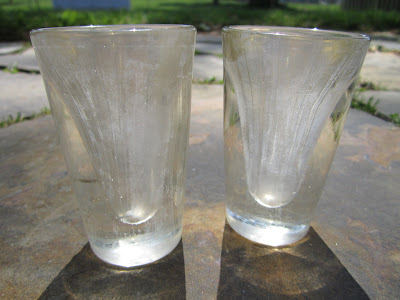 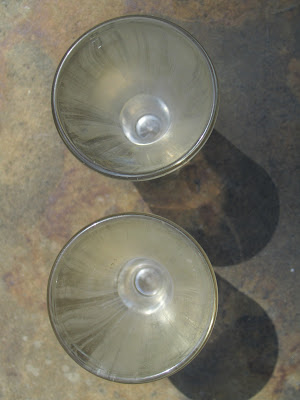 After researching the logo online I discovered the Hazel Atlas Company and it's history as a preeminent maker of glasswares in the first half of the 20th century.  The minimum age of this pair of glasses is 60 years although they could be closer to 100  years old.  In any case it's an amazing span of time for a glass to remain unbroken.

Posted by recumbent conspiracy theorist at 9:33 AM