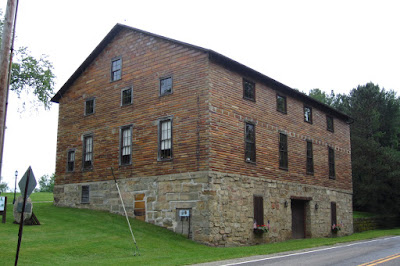 A friend of mine invited me to a gathering of vintage British motorcycle enthusiasts that meet once a year at the site of the historic Smith Mill located in North East Ohio.

The day dawned cool and rainy.  I had to ride about twenty five miles to get to my friend's place where we planned to load up the bikes on a trailer and travel another fifty miles to the mill.  The rain did taper off and quit but after three miles I was soaked from the knees down from road spray. I seriously considered turning around and going home.  With some encouragement from my friend I persevered. After all what is a British motorcycle rally without some British style weather to go with it. 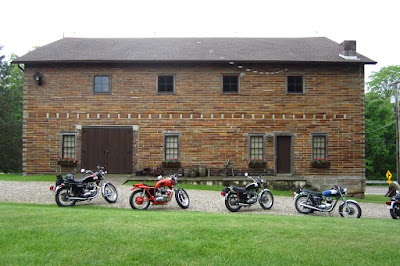 The mill has a long and interesting history behind it.  An original mill was built on the site in 1820 by Daniel Slaker which operated as the first sawmill in Jackson township. Later the mill functioned as a gristmill and flourmill up through the mid 1800's.  The facility certainly played an important role in the area's commerce as it was just across the road from the Ohio & Erie Canal.

By the late 1800's the mill was converted to a brewery which supplied the nearby town of Massillon, Ohio until about 1910 when the brewery moved closer to town.  Shortly after that the original mill was destroyed by fire.

In 1925 R.W. Smith constructed the present building using the old stone blocks from the original mill to build the foundation then completing the structure using post and beam construction under a brick exterior.  This is what gives the building a two-tone look with sandstone on the bottom and red brick for the upper stories. From 1925 to 1973 this new and improved Smith Mill produced apple cider with output sometimes reaching up to 200 gallons of cider a day.

The current owner of the property who also happened to be our gracious host for the day's event acquired the mill in the 1980's and has done an outstanding job preserving this unique piece of Ohio history. 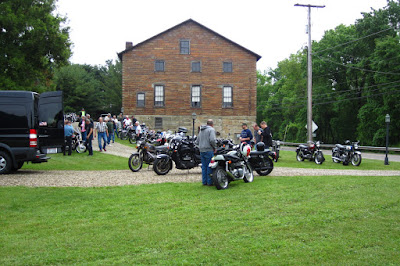 After coffee and donuts and much mutual admiration of our fine British machines we saddled up for a relaxed 60 miles round trip tour through the countryside of north east Ohio.  Here's a sampling of a few of the bikes in attendance: 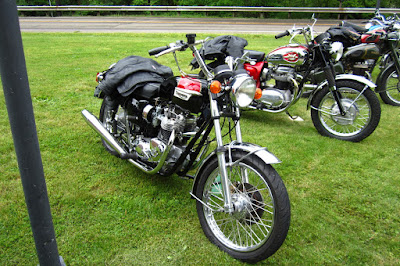 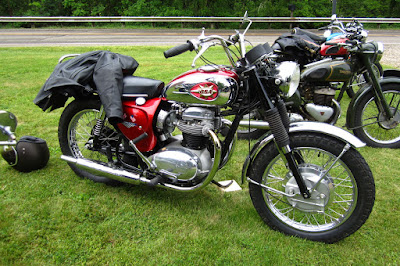 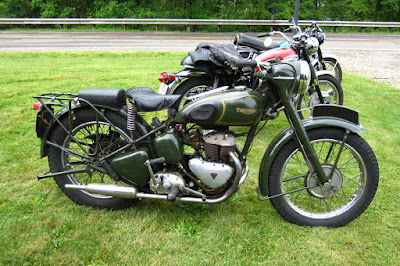 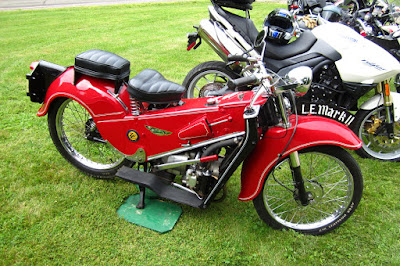 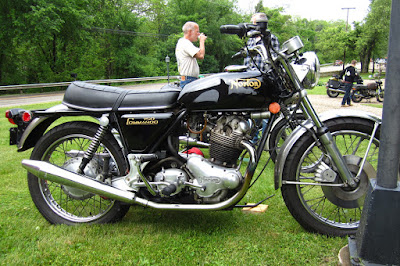 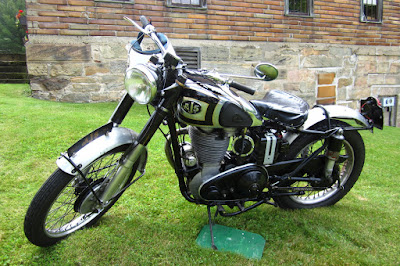 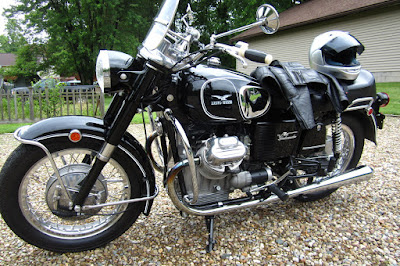 While not British this Moto Guzzi is a fine example of Italian engineering. 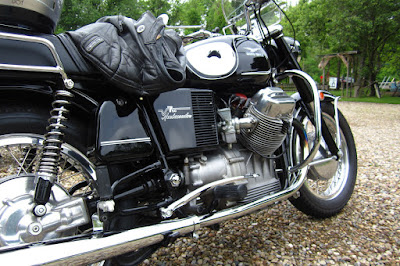 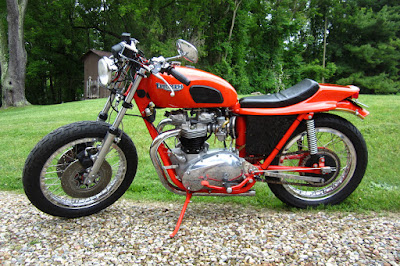 A cool Triumph done up in flat tracker style. 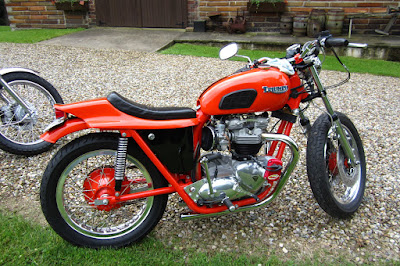 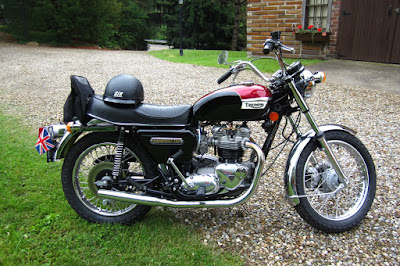 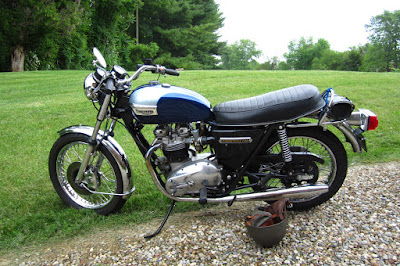 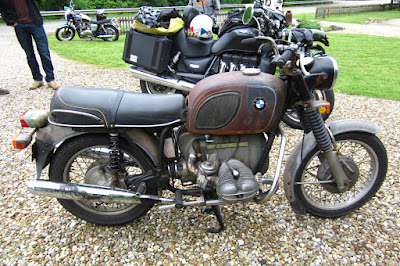 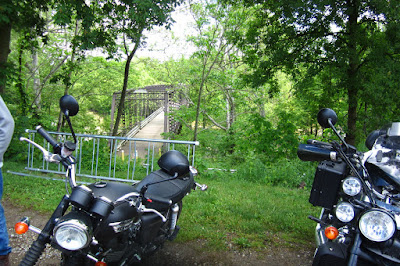 I was so busy immersing myself in the sights, sounds and smells of these vintage machines I almost forgot to take a photo of the Scrambler.  In the background an old iron bridge crossing the Tuscarawas River near the village of Zoar where we stopped for lunch.

In all we had 25 bikes in the group.  For me it was a new experience. I have never participated in a large group ride so I settled in near the back of the group so I could watch the column spread out as we took to the roads. Also from the rear I could best savor the mechanical music of those vintage twins.