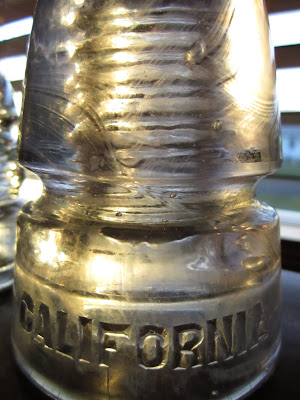 Now that most of the CD styles made by the California Glass Insulator Company are represented in my collection I base my searches on color.  This California Beehive looks a bit yellow being influenced by an early November sunset.  It's true color is nearly clear with just a trace of lilac tint.  I saw this insulator on eBay and was lucky enough to win the piece.  Joining the purple and sage green CD 145's in my collection this clear example will contrast nicely.
Although the clear color is what guided my decision to go after this particular insulator I did discover an interesting feature once I received the package in the mail.  The color was represented well in the seller's photographs but what was not visible until I had the piece in my hands was thin fine lines flowing smoothly all around the surface of the glass.  These lines appear like curving contour marks on a topographic map.  The insulator also has a dull hazy appearance as if it had been buried for some time.  Initially I thought this might be a good candidate for tumbling and polishing but now I realize the strange surface anomaly adds a unique and distinctive character to the insulator. 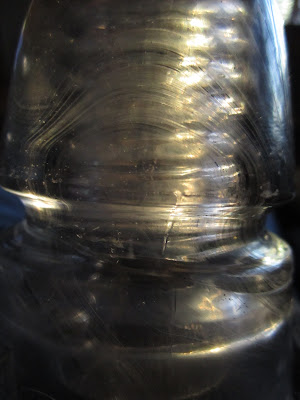 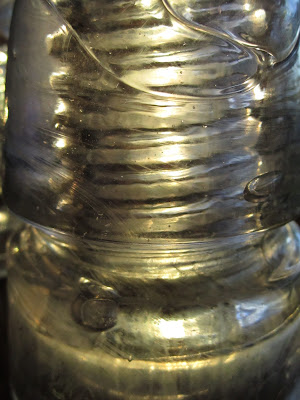 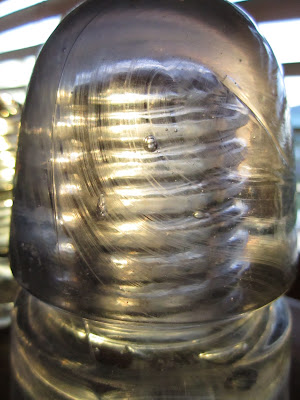 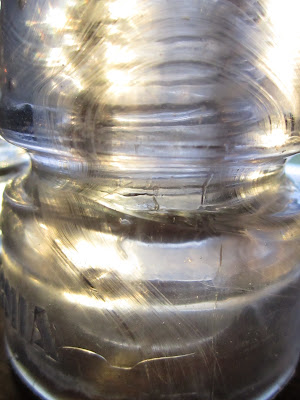 Posted by recumbent conspiracy theorist at 5:06 AM