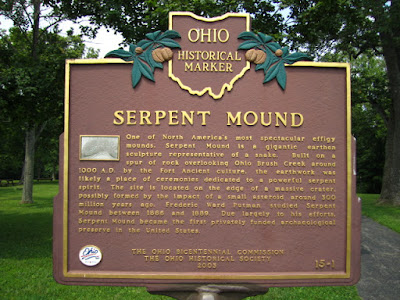 This is part 2 of my series documenting our family trip to southern Ohio.

Thanks to my keen interest in history I noticed that our campsite was about 20 miles away from the Great Serpent Mound effigy built by the Native American Fort Ancient people roughly a thousand years ago.  Thanks to Harvard archaeologist Frederic Ward Putnam for recognizing the important historical significance of this site over a hundred years ago and seeing to it's preservation for future generations to experience.

At the bottom of my post are links to additional information about this most interesting Native American earthwork. 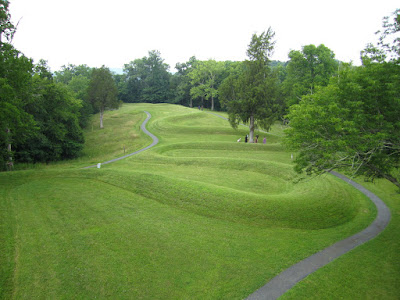 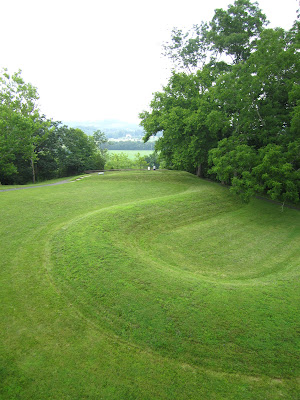 The Serpent Mound was not a burial mound but most likely constructed as a ceremonial site.  The snake was a popular effigy among Eastern Woodland Indians as well as other ancient cultures around the world.  At 1,330 feet long Ohio's Serpent Mound has the distinction of being the world's largest effigy mound.

Near the Serpent Putnam did excavate two conical burial mounds.  By studying the human remains and artifacts buried within he was able to attribute these burial mounds to the Adena People who lived in the area preceding the Fort Ancient peoples.  Excavations and radio carbon dating done in the 1990's proved the Serpent Mound to be younger than the burial mounds and indicates that the builders of the Serpent could have adapted the existing burial site to their own uses.  The following pictures from the museum located in the park show how the burial mounds would have been constructed building up a conical shape as more graves were added over time. 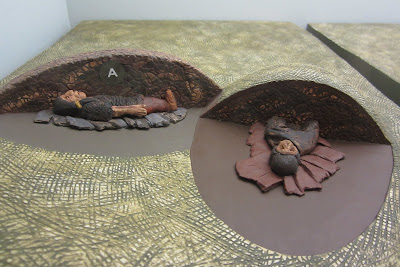 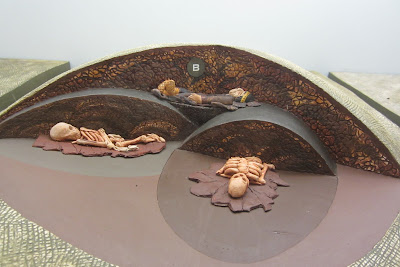 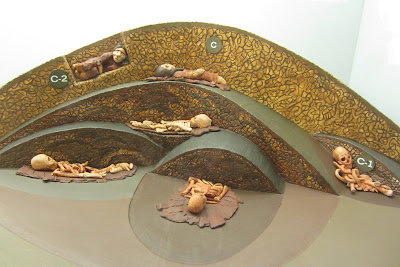 Posted by recumbent conspiracy theorist at 6:49 AM