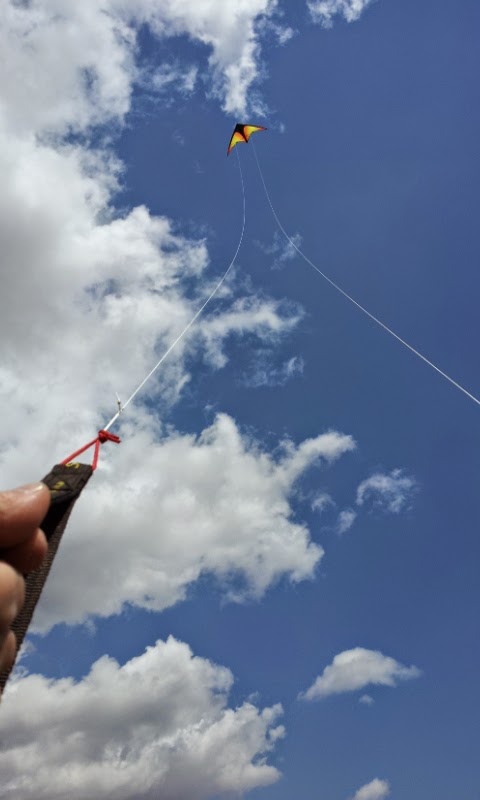 Interacting with the natural world around me is something I have always been drawn to and found interesting and fun.  The past few years I've had a blast creating electromagnetic waves with my ham radio equipment and sending them off skipping along the atmosphere and all around the Earth.  Another way I've been harnessing the forces of nature for amusement has been kite flying.

Some of my earliest memories are kite flying with my dad on a warm and breezy spring afternoons long ago.  Many of my kites were inexpensive tradition shaped versions and I even built my own as young boy using newspaper and a couple crossed sticks.  These paper kites flew great but never lasted long.  On very windy days my sister and I would attach empty bread bags to a spool of kite string and surprisingly if you could get it to fill with air the bag would fly as well as any kite.  Fascination with the sky and flight is just one of those cool things that are ingrained in us as humans.  I think the birds are pretty much responsible for that.  For ages man has stood grounded to Mother Earth and marveled at the sparrow who so easily takes flight or a group vultures lazily riding the air currents high above barely flapping their wings for minutes on end.  I know I have.

One day I was browsing around the hobby store and I noticed a rack of kites.  All my life I've only flown simple single string kites.  With traditional kites the learning curve is pretty easy; hold it up, let it go and let out more string. That's about it.  What caught my eye was this delta wing shaped kite known as a sport kite or stunt kite made by Premier Kites of Hyattsville, Maryland.  On trips to the ocean I've seen these double string wonders in action above the beach were steady breezes are plentiful.  Having always wanted to try one out I bought that kite on the spot and waited for the windy days of spring to arrive. 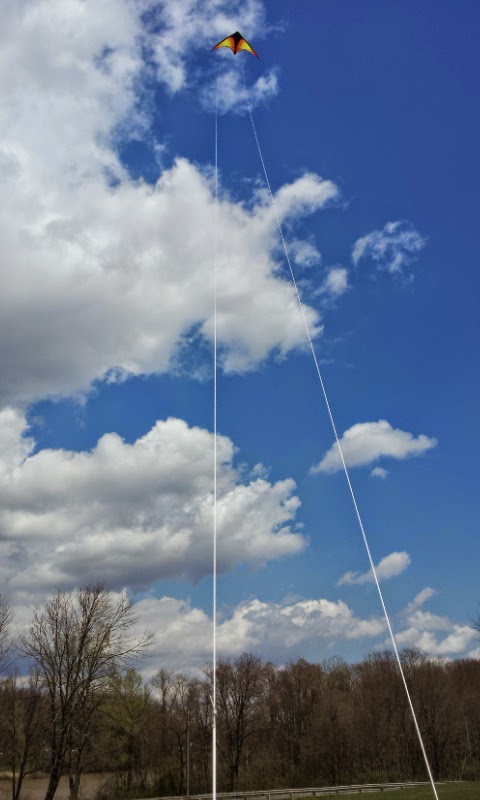 A few weeks ago that day finally came and after work I headed out to my favorite flying spot to give the new kite a try.  My first two attempts lasted about two seconds with the kite shooting up like a rocket then looping around violently and plummeting back to the ground.  The instructions state: "The most common problem a beginner has is over controlling their kite" And that is indeed the truth.  Just the slightest pull on one of the control lines will turn the kite and instantly send it into a dive.  In a fit of panic it's very easy to jerk the other cord overcompensating and send the kite equally out of control in the other direction. 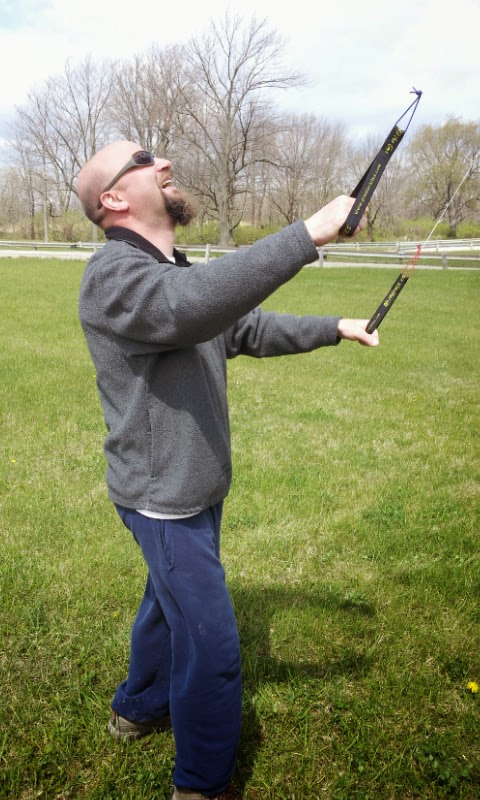 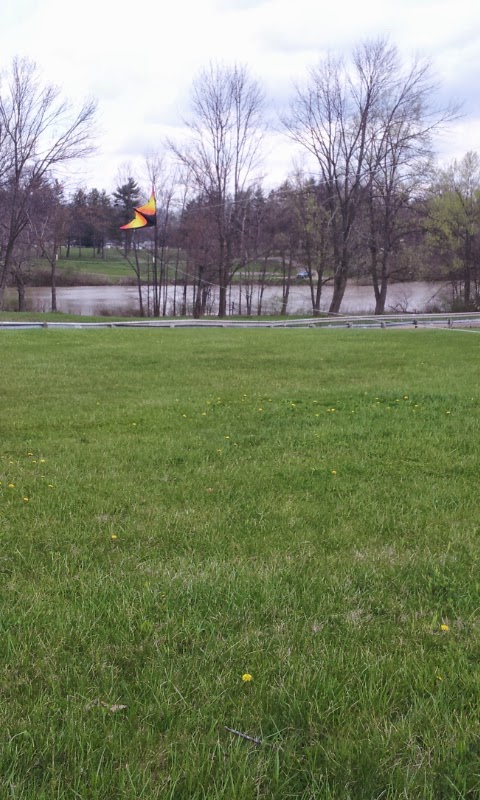 I like to think I'm fairly coordinated and soon enough I had the kite doing lazy sideways figure eights or soaring stationary straight up above my head.  It's easy to remember pull the left string to turn the kite left and right to go right.  It's another thing altogether to keep it straight when the kite is careening wildly out of control.  In time I became more relaxed and found that slightly turning my shoulders rather than pulling my arms provided smooth control to the kite.

The RoadQueen accompanied me to the flying field my second time out this past weekend.  To say it was windy was an understatement.  We estimated a steady 20 mph wind with gusts well higher than that.  It was perfect for the stunt kite.  Variable winds and lulls don't provide ideal conditions for this kind of kite.  That reason explains the popularity of their use along coastal regions and larger lakes.

We had a great time and spent nearly four hours flying before heading back to town for lunch.  learning to fly the sport kite has been a lot of fun and certainly a thrill.  With the double control lines and being able to use your whole upper body to maneuver the kite it really seems more like flying an aircraft and not just passively standing there holding a single string kite.  My only regret is not getting one years ago. 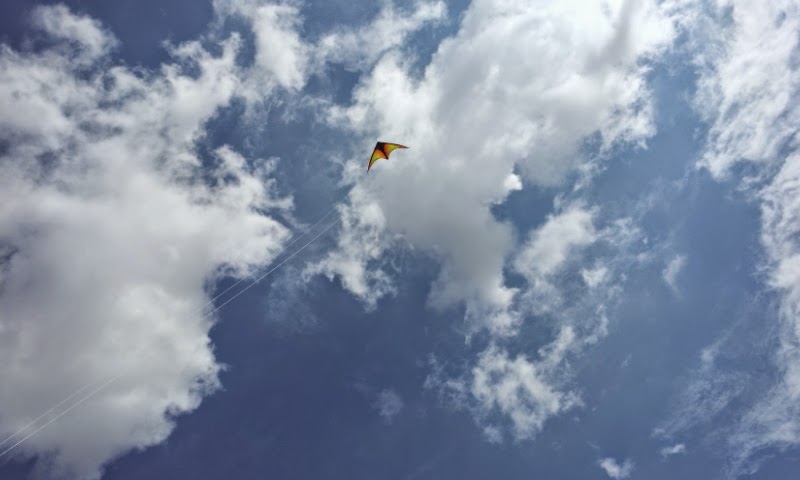 Posted by recumbent conspiracy theorist at 8:37 AM