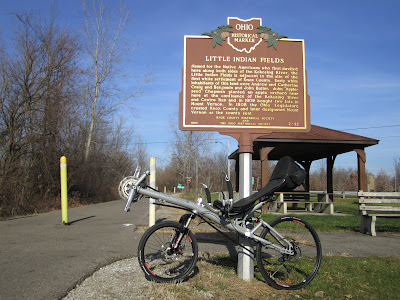 Today I decided to cap off the long holiday weekend with a recumbent ride on the Kokosing Gap Trail.  When I got up this morning the sun was shining so I jumped at the chance to skip the indoor workout and get outside.  My cycle computer indicated a chilly 37 degrees Fahrenheit with just a light breeze from the south-west.  By the midpoint of my ride the temperature had risen to a balmy 42 degrees.
Total Distance:  28 miles
Ride Time:  2:06
Average Speed:  13.3 mph
Max Speed:  18.9 mph 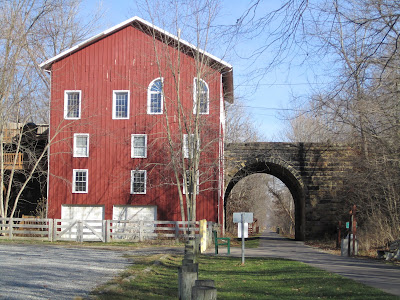 Stone arch  -- Howard, Ohio
Here is some interesting history I copied from a sign along the trail:
Howard Township was created March 9, 1825, with the village of Howard platted in 1836 as Kinderhook.  A few years later the name was changed to Howard.  The area was a favorite camping and hunting ground for several indian tribes which had settled along the banks of the Big and Little Jelloway and Owl creeks.  Here they cleared timber and raised corn. The first white man to settle in Howard Township -Abraham Welker- came to the area about 1807, having emigrated from Harrison County.  Due Primarily to the Pennsylvania Railroad, and with the arrival of  more white men, the village of Howard soon became a thriving community.  A principle livestock shipping center for Chicago and Pittsburgh markets, the village blossomed with a hotel, two grocery stores, a bank, mill, blacksmith shop, barber shop, dry goods store, undertaker, pool room, two doctors' offices and a post office. 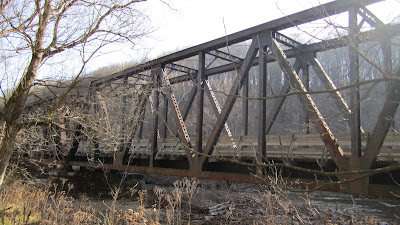 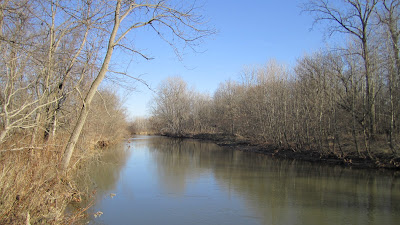