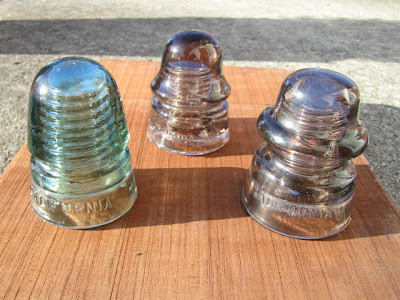 From Left to Right:
CD 145  California  "Beehive"  Sage Green
CD 162  California  "Signal"  Light Purple
CD  166  California  "A011"  Light Purple
These three insulators are the most recent additions to my little California family.  The CD 145 and 166 I obtained because these style numbers were not yet represented in my collection.  The CD 162 Signal (middle insulator) I purchased because of it's excessive dome glass.  For whatever reason during it's creation the mandrel that forms the threaded socket inside the insulator was not plunged as deep into the molten glass as other Signals I have.  The result is a solid dome that shows the true color of the glass nicely.  A closer look will also show that the thread hole is off center adding even more uniqueness to this particular piece.
Following are close ups of the embossing on each insulator. 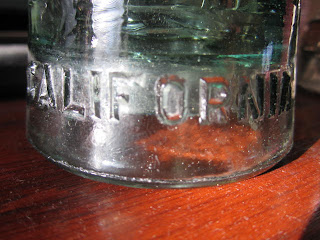 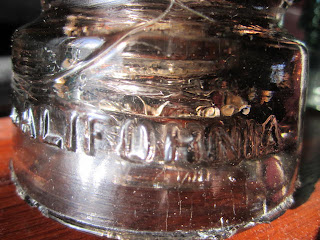 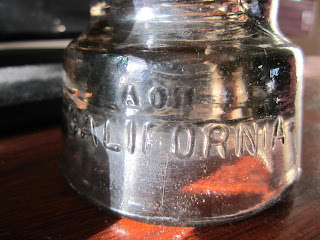 ﻿
Posted by recumbent conspiracy theorist at 7:49 AM