Aerial Views from the Heart of Ohio Trail 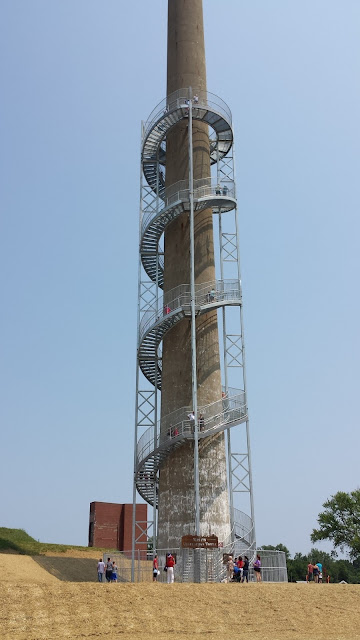 On the fourth of July My son and I went south to Centerburg, Ohio to ride the Heart of Ohio Trail.  The Last time I rode the HOOT I found out about this observation tower being built around an old smokestack.  I wanted to make a point to return for the opening event so I planned our ride putting the park at the midpoint of the journey.

The observation platform makes an excellent vantage point from which to look down on the newly constructed Ariel - Foundation Park located in Mount Vernon, Ohio and the surrounding Knox County. 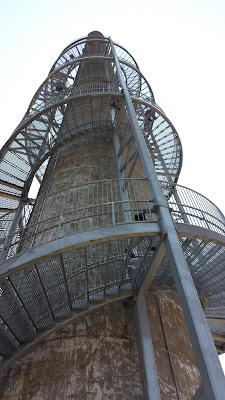 Being flatlanders it is always a big deal to have something tall to climb.  Up, up and around we went. Climbing the steel steps was a thrill.  Naturally when climbing steps one has to look down or eventually stumble.  Because the steps were nothing more than steel grates it was easy to see directly below perfectly negating the old saying "Don't look down!"

If it were up to me these spiral stairs would wind their way to the very top of the smokestack but once we reached the top we found the views and vertigo satisfying enough. 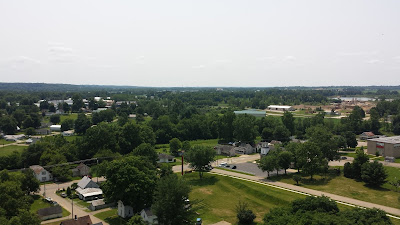 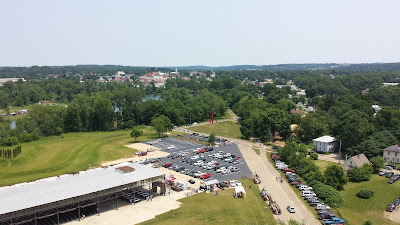 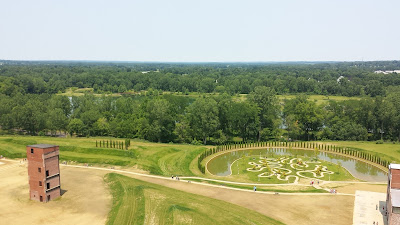 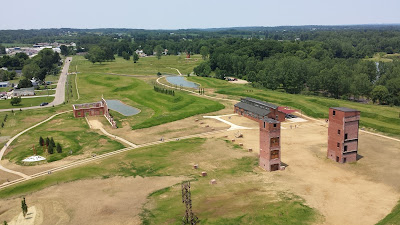 The park grounds look a little shabby but the weather has not been the greatest for growing new grass.  I'm sure it be much greener in a year or two.  Ariel - Foundation Park lies on an old industrial complex that was home to the Pittsburgh Plate Glass Works #11 which operated from 1907 to 1976.  The factory produced a host of glass products from bottles to architectural plate to automotive glass in later years. 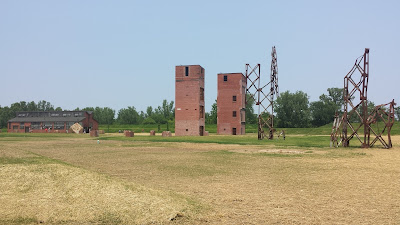 Rather than bulldoze the area flat removing all trace of the industry that once flourished here the park planners wisely incorporated materials and structures from the glass works into the park to serve as sort of a memorial.  I think it was a great idea and naturally I appreciate the designs being a fan of history. 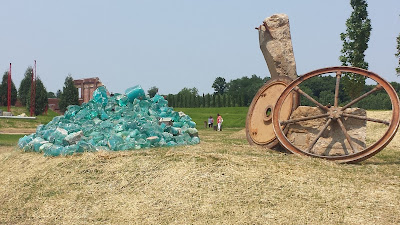 Long term readers of this blog will know I have a soft spot for the blue shiny stuff.  I saw this pile from a mile away. 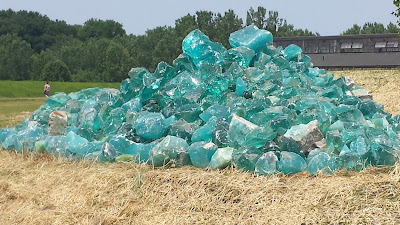 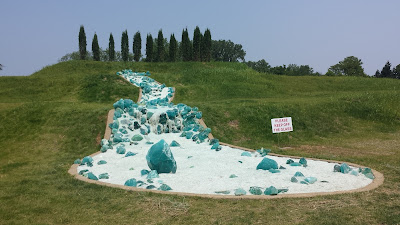 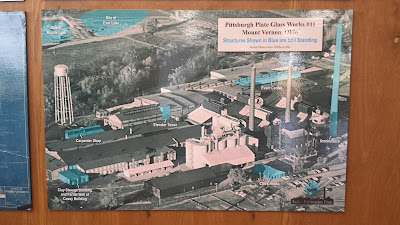 We found this graphic in the visitor center that shows what the plant looked like in the 1950- 60's and which structures remain today shaded in blue. 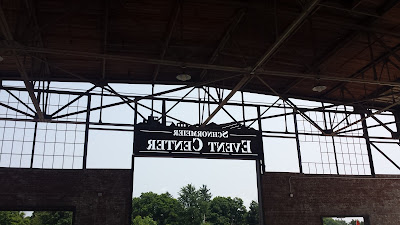 This building was converted into a pavilion style amphitheater for hosting different events. 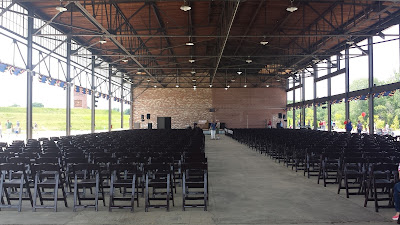 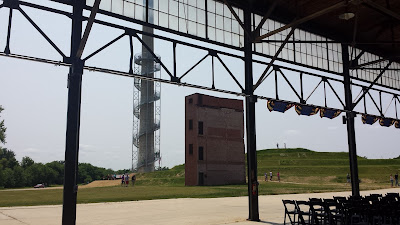 My son and I had fun strolling around the new park on it's opening day but to me it's also bittersweet.  I'd almost rather see a factory at work putting out a product; fueling the economy and providing jobs for local people.  But parks are nice too and this one is a great example of good land stewardship not only providing public green space for a community to enjoy but at the same time providing a historical perspective of the importance of industry to our country.

On our way back we stopped at a pretty place along Dry Creek where a waterfall of sorts splashed over the edge of the bedrock of the creek bed.  While not a cataract of Niagra proportions the sound of rushing water was peaceful and oh so cool on hot feet just liberated from cycling shoes. 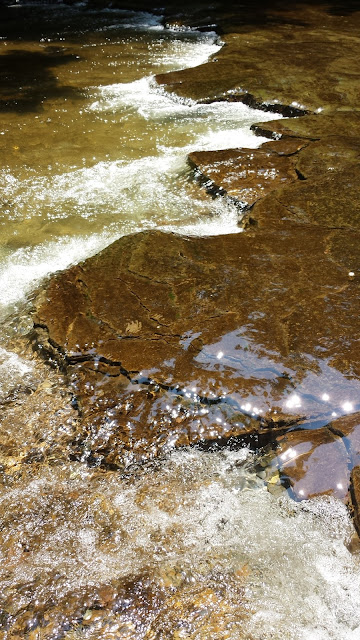 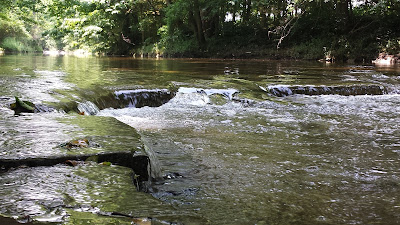 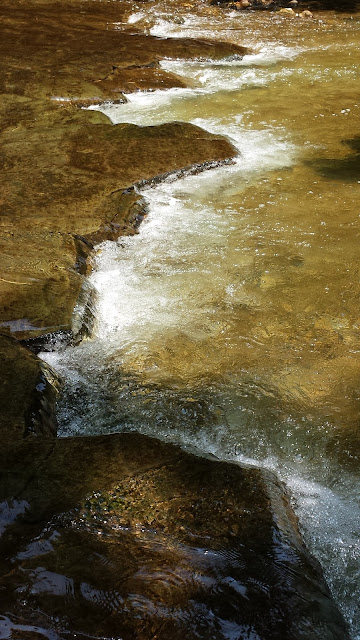