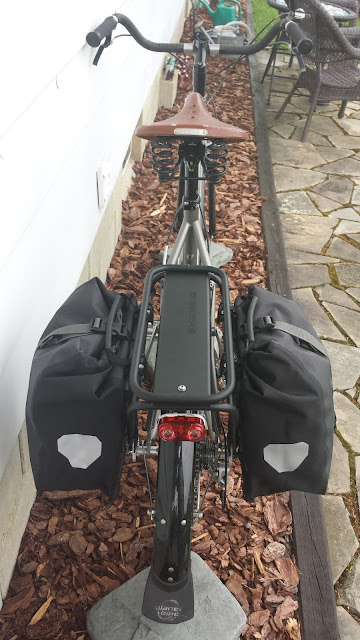 The GP stands for General Purpose. The Ti GP bike's main purpose is a commuter. And it has been outstanding in fulfilling that role for a decade now.  Last winter I got serious and upgraded the creature comforts in particular the seat and handlebars.  These changes prompted me to spend even more time on the bike and while comfortable and happy soon my mind turned to other ways to fully integrate my bike into my daily life. 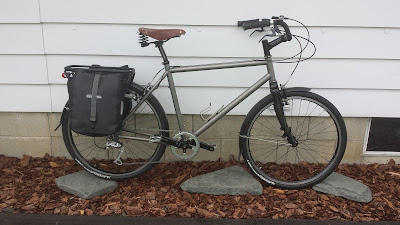 For many years I got by just fine with a backpack for my daily commuting needs.  For a while I used the handlebar basket which worked great but once I removed it I found I liked the crisp handling of an unencumbered front end.

Back in the 1990's I had a Schwinn mountain bike with fenders and a rear rack that was my commuter rig.  Back then I was of limited means so I made due with an inexpensive rack trunk.  That arrangement worked good for carrying my lunch and wallet and keys but during the seasonal transition when I might have a heavy jacket and gloves in the morning I found myself stacking a bungee corded Tower of Pisa of gear onto the rack when the afternoon temperatures warmed.

My goal when setting up the Ti GP was to have a solid city bike built with quality components on a sturdy, corrosion resistant titanium frame; a blend of performance and utility.  For a long time I have resisted bolting on things that add weight. After a lot of thought and another season of hot humid weather just around the corner I've decided to do the right thing and ditch the backpack and get the cargo onto the bike where it belongs. 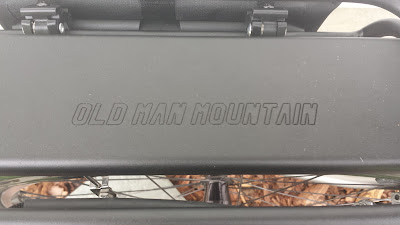 The conundrum I faced was how to incorporate cargo hauling capability into a performance oriented "racing" bicycle frame that unlike my old Schwinn has no braze on's for mounting a rack.  Luckily I'm not the first person to wonder about this and I discovered Old Man Mountain racks.  This company has been around a while and has created a good reputation of filling a unique niche in the bikepacking world.

There is some cool history of how OMM came to be that's worth the read.  As a small business owner myself I love the opportunity to support another small American company.  I purchased OMM's latest model called the Pioneer.  It's the biggest rack they offer.  Probably overkill for me but it's always better to go big and have a little in reserve than go into a fight under gunned. 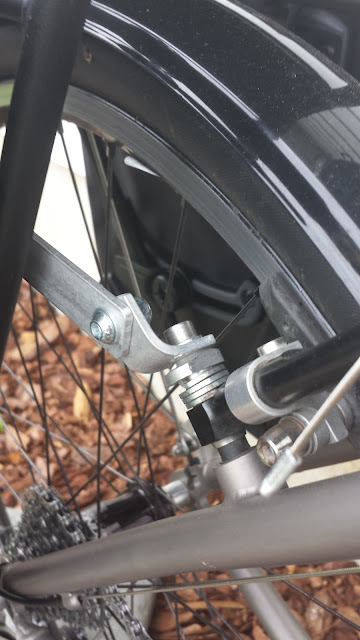 OMM racks are well designed with a number of ways to bolt onto bike frames with no threaded eyelets.  I chose to bolt the upper supports to the rear brake bosses. Easy peasy.  The lower attachment is where this rack really shines.  The rack comes with a long skewer which bolts through the real axle.  Very sturdy and secure! 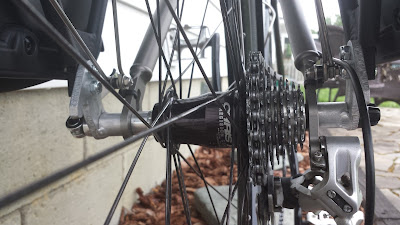 The panniers I just received today.  They are by Ortlieb made in Germany. What sold me on them is the excellent retention system.  The set comes with several inserts so the latches can be precisely fitted to the diameter of the rack tubing. 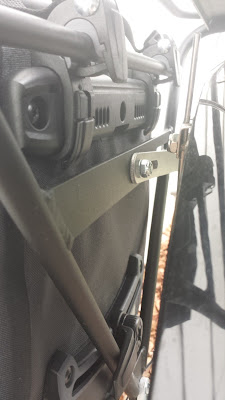 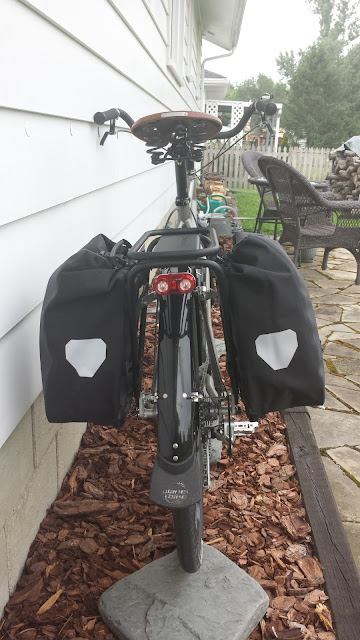 The Pioneer's stout 1/2" diameter tubing and wide width provide lots of clearance between the wheel and the panniers. Another feature I thought made perfect sense was a was a second tube welded about two inches below the top of the rack specifically as a pannier mounting point to get the load even lower down for stability.

This is my first venture into the world of panniers and I decided to run front panniers instead of full sized rear bags.  They are the Front Roller Plus model so are extra large capacity versus the standard front panniers.  For my purposes they will provide plenty of room so I will use them and as time goes by I'll see how they work.  I have no doubt that grocery stops, beer runs and an occasional bike picnic is in the future.