DX Update and a Station Upgrade at W8MDE 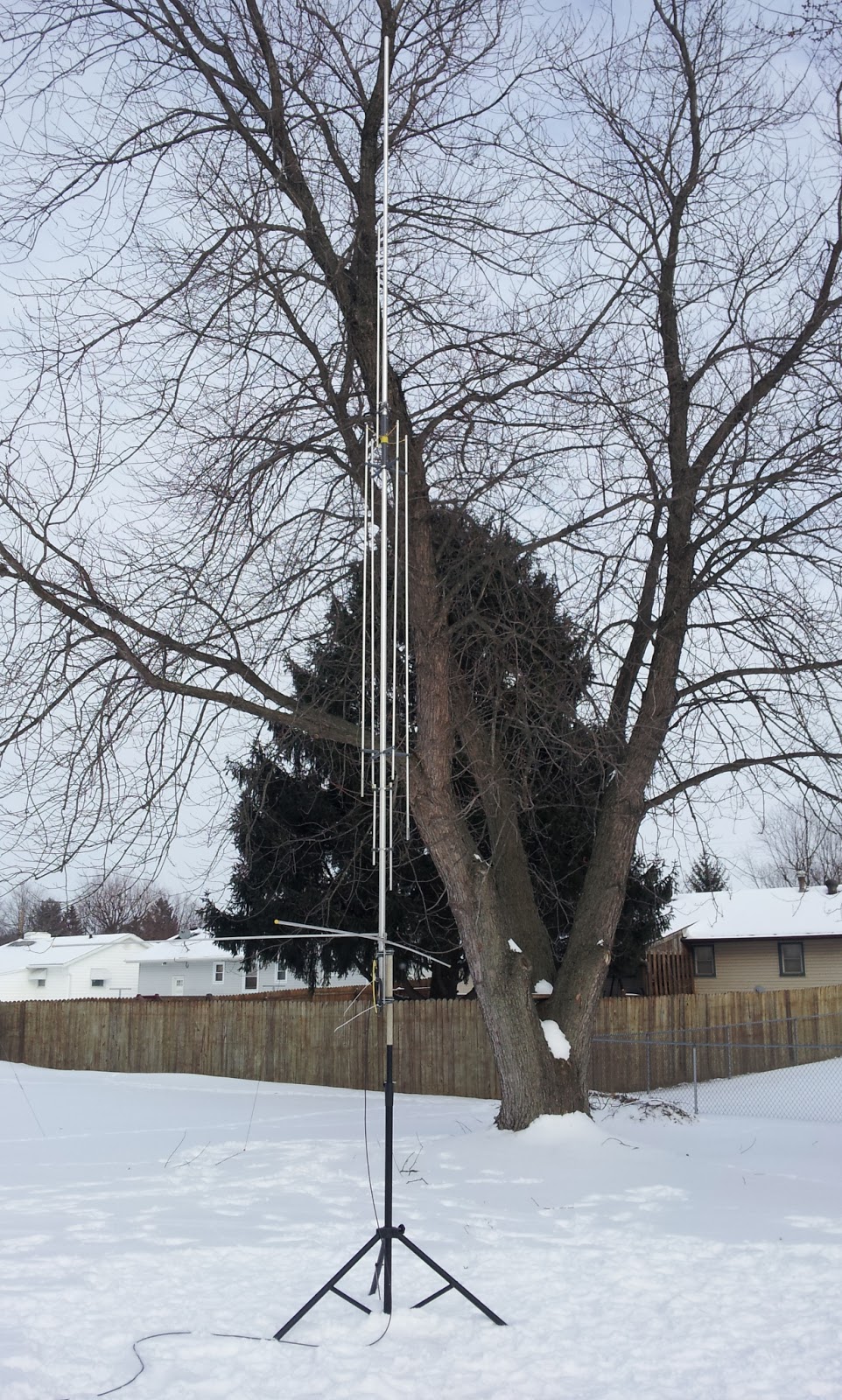 Old man winter still has us in his icy grip but I've been keeping warm inside at the operating position at W8MDE.  In the last week I've taken advantage of the multi-band capabilities of my backyard antenna and worked some DX.  Besides my regular log book of all the contacts I make I  keep a list of amateur stations I work located in other countries and I've managed to add a few new ones to the list.

As of right now the 10-meter band or 28 MHz is my favorite slice of radio spectrum.  10-meters is a great band for low power long range communications.  I've noticed every morning just after daybreak signals appear and quickly gain intensity as the band "opens".  It is most definitely hard to tear myself away from my rig to head into work for the day.

I have been mainly using the digital PSK modes to chase DX but I've also made a few CW contacts using Morse Code radiotelegraphy.

*For these contacts I was using the 66' end fed half wave wire.  As a resonant antenna at the 40 meter wavelength the wire works much better than the short Gap Eagle antenna. 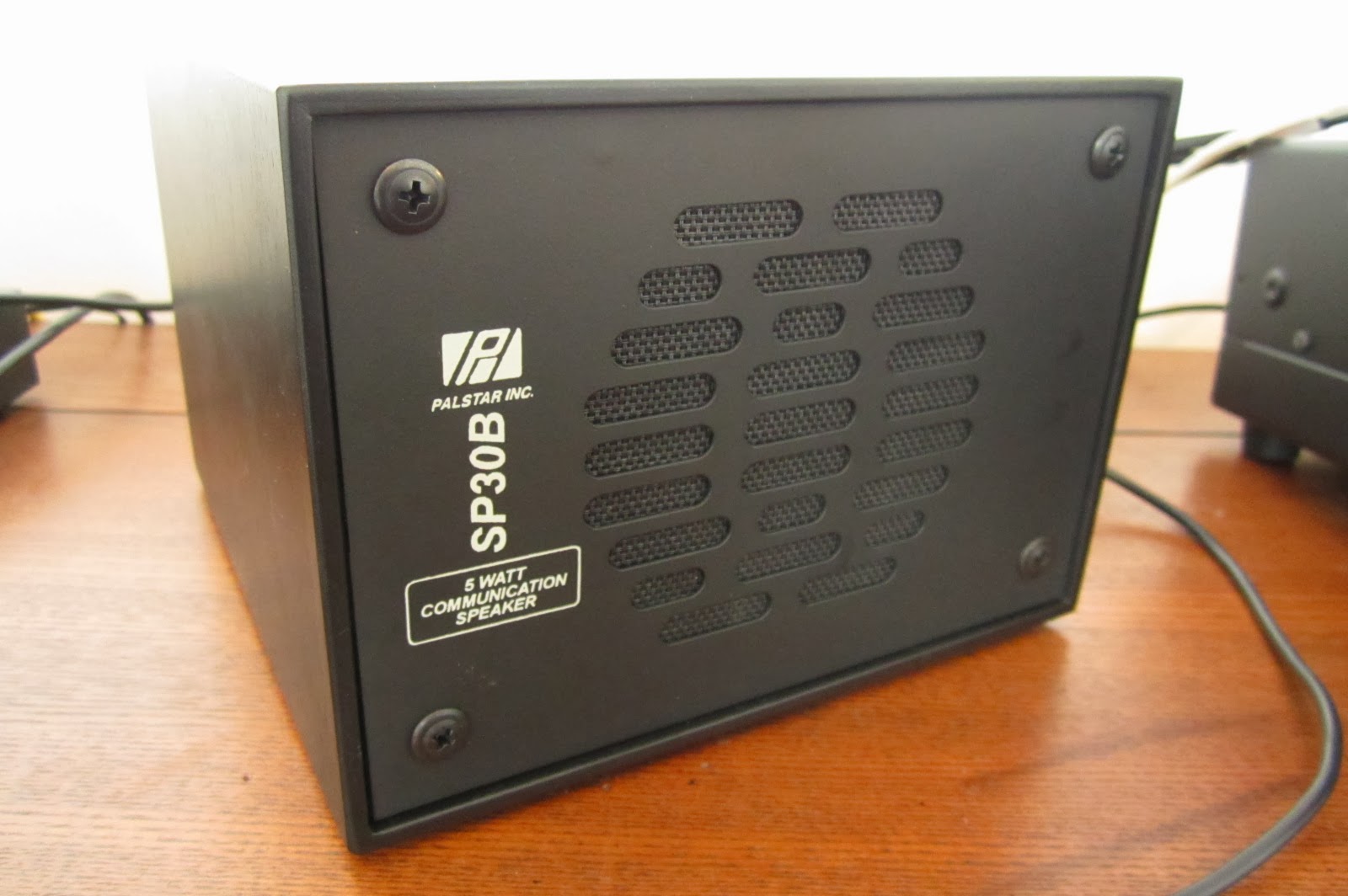 One day I happened upon amateur radio equipment manufacturer Palstar Inc. based right here in Ohio.  What caught my attention was two models of communication speakers made and sold by this company.  External speakers have been around as long as radio but since most modern ham transceivers have built in speakers I never gave the idea much thought.  As predominantly a CW and digital operator the tiny on board speaker of my Icom 718 always seemed to work fine.  If I am sitting down for an extra long session or weak signal copying I usually use a pair of headphones.

After reading a few favorable reviews of the speakers at eham.net I decided the smaller of the two units would fit my needs nicely.  At the time I had a couple of days until I would be operating in the Straight Key Century Club's Weekend Sprint so I called up the company and purchased the SP30B.  The service I received from Palstar was excellent and the speaker arrived well packaged the Friday before the sprint.

The online reviews I read all had one thing in common and that is exceptional build quality.  Like any reasonable person I took this with a grain of salt but as soon as I lifted the speaker out of the box I noticed that indeed it was well built and heavy.

After completing the R30A shortwave receiver to rave reviews among users, the Palstar team saw the need for a compact shortwave speaker that is tonally matched to the R30A and designed to put out clear, low-distortion reproduction of the frequency range of broadcast human speech.

The key to quality speaker sound is magnet size. The SP30B has an 8 Ohm speaker with a hefty 6 oz. magnet, a frequency response of 60 Hz to 8 kHz, and a 5 Watt power rating in a custom-built wooden cabinet (black or cherry). The SP30B is the speaker that will bring back good sound to your listening experience.

I chose the black cabinet to compliment the rest of my equipment which is also black and it does look great on my desk.  The real test though came when I found a patch cable in my spare parts and connected up the speaker to my rig.  I am truly impressed with the sound that comes out of the SP30B.  The natural background noise and harshness of the HF spectrum seemed to be reduced and the sounds I want to hear pop from the grill more clear and loud than I ever experienced before with my amateur gear.  The tone of received CW signals now have a much warmer and pleasant quality that really does enhance my listening.

Next I tuned in some amateur single side band voice transmissions and discovered sure enough this is where the speaker really shines.  I've never been a fan of side band audio and the Donald Duck like sound of transmitted voice.  With the Palstar's response tuned to the frequency range of human speech it was as if my receiver had been transformed.  The voices I heard had a clarity and warmth that the stock speaker in my radio can't even begin to touch.  I noted the same outcome later that night when I checked out the shortwave broadcast bands.

I'm very pleased with the performance of this new piece of gear and happy to support a local business. Had I known what I was missing in the audio department I would have bought this thing years ago.  The volume is plenty loud and if it's turned up a bit I can easily hear Morse code signals or voice from anywhere in my house.  Kudos to Paul Hrivnak, N8PH the Captain of the Palstar ship and the rest of his crew.  Thanks guys for a great American made product. 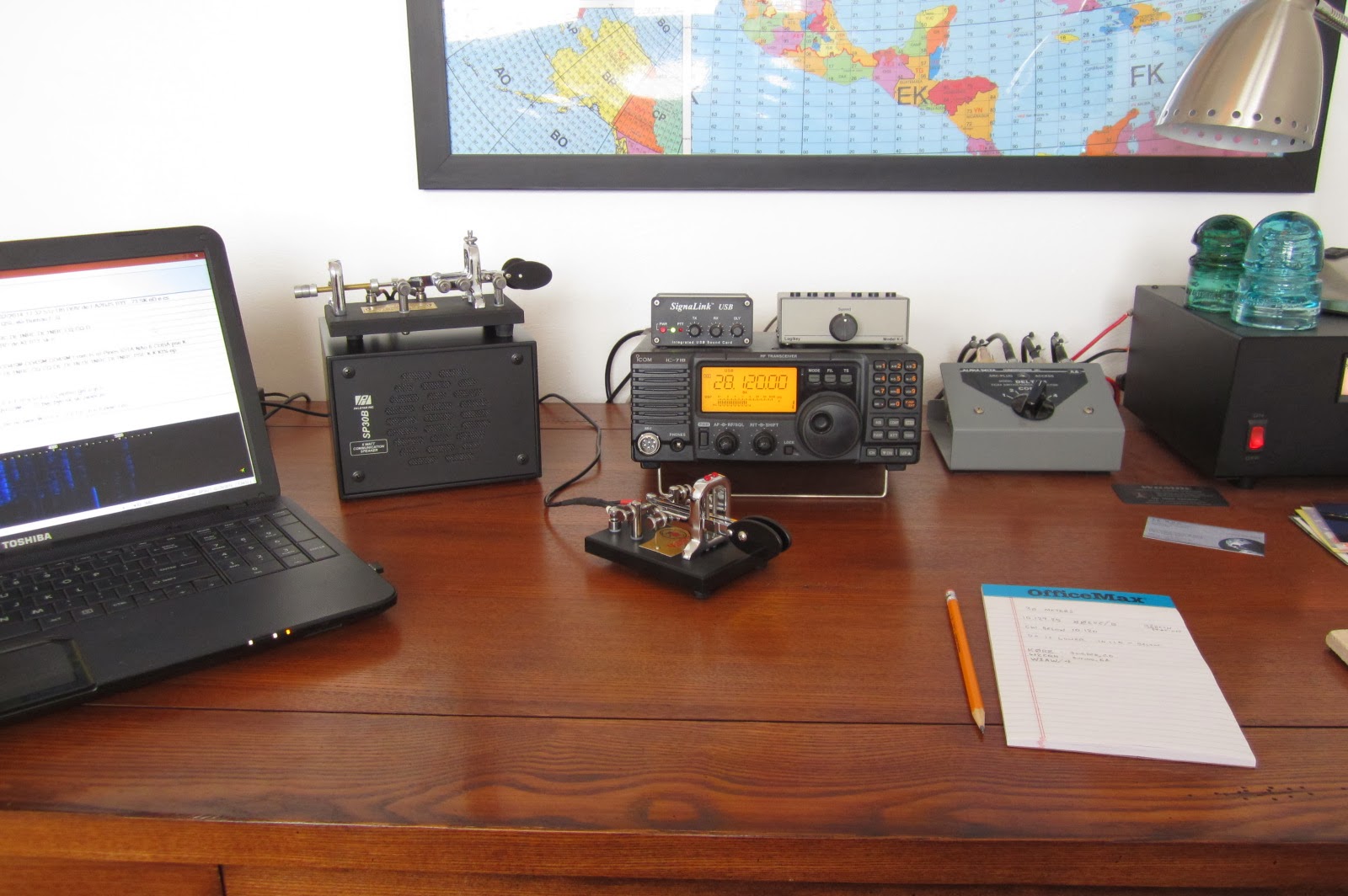