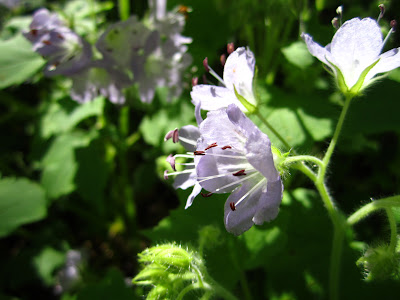 On Saturday we took off to someplace different to enjoy a spring day and do some hiking together as a family.  The Highbanks Metro Park is one of a series of 17 parks located around the Central Ohio area.  Highbanks shares land in both Delaware and Franklin Counties and is bordered on the west by the Olentangy River.

The park is made up of forest and meadow and is cut with many ravines eroded over thousands of years as water runoff drained westward toward the Olentangy River. 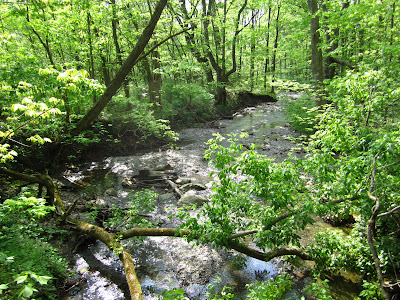 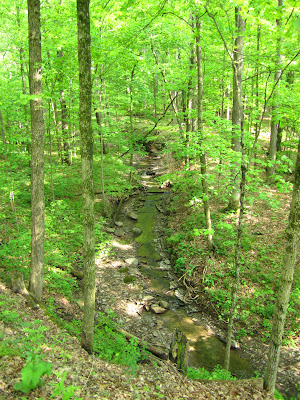 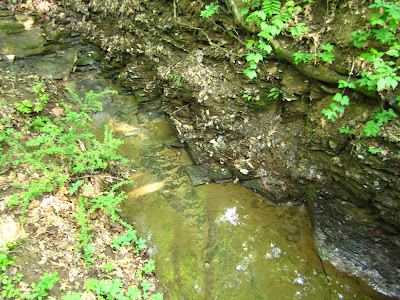 Besides the natural beauty my favorite feature of Highbanks are several Native American sites located around the park. The Ohio valley has been inhabited by people for thousands of years.  The green triangles on the map below represent sites with evidence of the Adena Peoples. 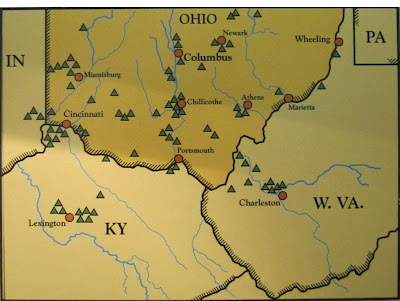 On the park grounds are two Adena burial mounds which were built more than 2,000 years ago.  This mound in the North East corner of  the park was reduced in height from 6 or 7 feet high to 3 feet by years of agriculture and rebuilt by the Metro Parks in 1989. 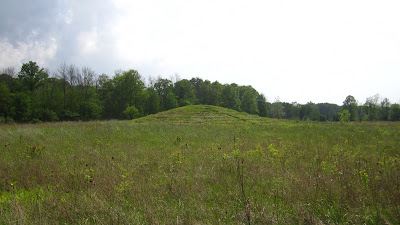 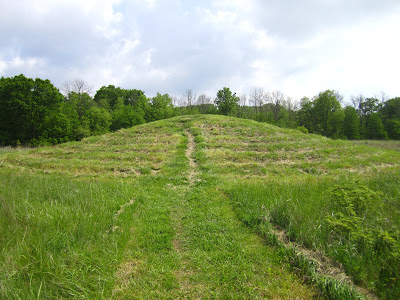 The second mound is located about a half a mile south of the first one in a forest setting roughly a mile from the Olentangy. 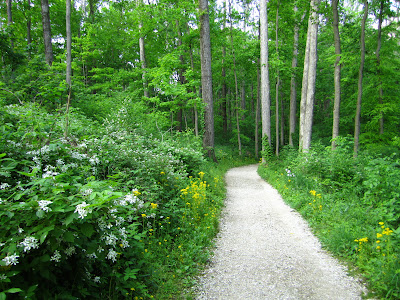 Out of the park's 11 miles of trail network we pieced together a loop that covered the expanse of Highbanks Park and yielded us around 6 miles of ups, downs and flats.  The southernmost trail is a 2.3 mile spur that leads to an overlook deck and another interesting primitive site called the The Cole Earthwork. 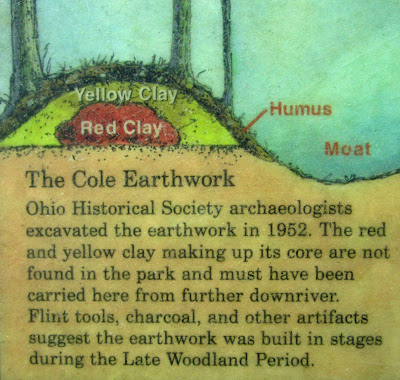 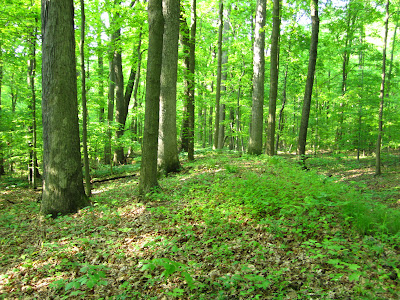 The earthwork is a crescent shape over a quarter of a mile long, bordered by deep ravines to the north and south and on the west by 100 ft. tall bluffs above the Olentangy.  A popular theory suggests that the earthwork and it's adjoining moat provided a fourth side of protection for an Indian village inside. 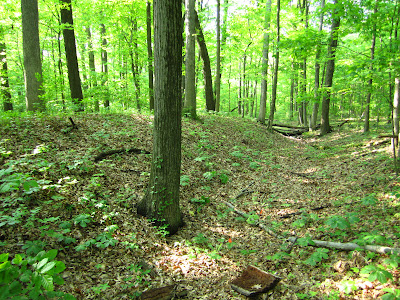 A few hundred feet west of the earthwork the forest opens up at the edge of the Olentangy River valley.  It was first learned that Native Americans called this place Highbanks in 1790 and today the park shares that name. 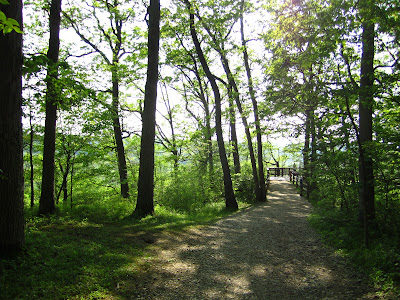 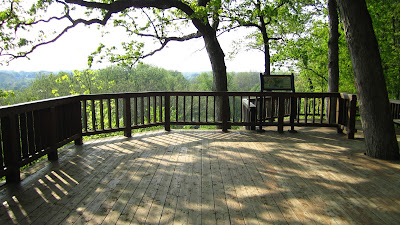 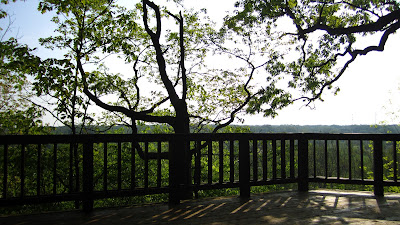 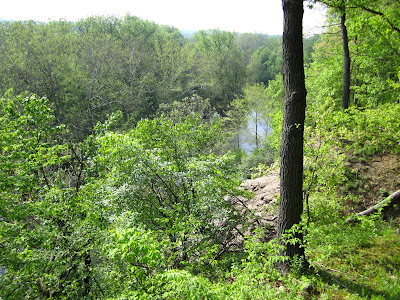 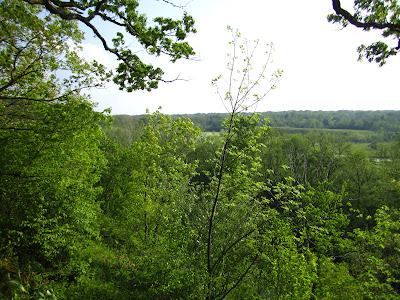 The valley was formed by melting glaciers 15,000 years ago.  Layers of Ohio shale are visible throughout the park from the trails and closer to the Olentangy older clay colored shale can seen from the overlook.  These shales are sedimentary rock formed millions of years ago from mud that was once at the bottom of a large shallow sea that covered Ohio.

Other trail users we encountered were young and old, lean trailrunners, backpackers in training lugging full packs and this colorful little guy who was not pleased to be the subject of my macro photography. 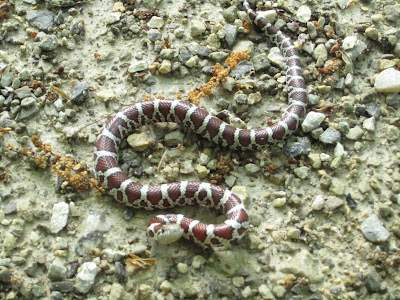 We left the park late in the day tired but satisfied as only a day in the field can provide.  Spending time hiking or biking in the great outdoors, while incorporating photography and plenty of contemplation about my home state's geologic past and human history is one of my favorite things to do.